Mary Ann Gray was my second great Grandmother. She was born Feburary 3, 1849, in Spangler, Pennsylvania.  Her father, Philip Augustus Gray, was 34, and her mother, Susanna (Lantzy) Gray, was 28.

The earliest document I found on Mary was (through Ancestry) the 1850 Census.  She was one year old and living with her parents in Susquehanna Township, Cambria, Pennsylvania.  She was born in Pennsylvania. On the previous page of the Census are her parents, Phillip and Susan A. Phillip is noted as a farmer. Also included on this census are her siblings: John, Caleb, Joseph and Elizabeth.

On the 1860 Census,Mary A Gray is noted as 11 years old.  She lives with parents (Philip and Susan Gray) and her eight siblings. They live in Susquehanna Township, Cambria County, Pennsylvania. Their post office is located in Plattville, PA. 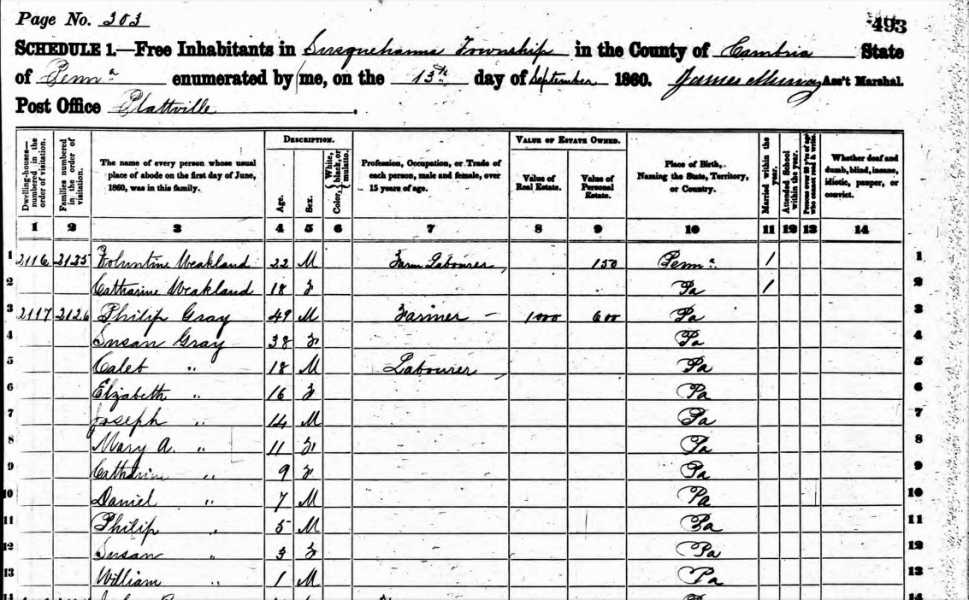 According to her obituary, the date she married Charles “Chiltz” McCombie was November 15, 1870.  They were married in St Boniface, Pennsylvania.  She was 21.  They would have eight children: Caleb (1873), Adeline (1877), Laura (1878), Maud (1881), Charles (1883), Joseph (1886), Roy (1888) and Mary (1890).  Roy George McCombie was my great Grandfather. Her parents, Philip and Susanna were alive for the births of all of the children.
On the 1880 Census Mary MacCombie is 29 years old (both spelling and age wrong). She is married to Charles MacCombie. and they live in Elder, Cambria County, Pennsylvania, USA. Three of their children have been born: Caleb, Adeline and Laura. She is a housewife. Looking at the neighbors on the sheet you will find relatives. 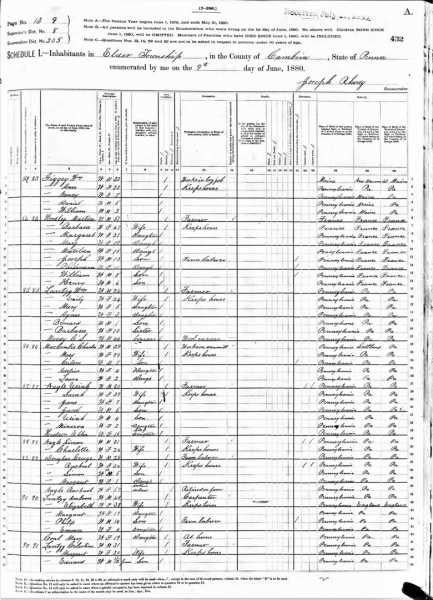 On the 1910 Census, Mary McCombie is 61 years old.  Her husband Charles is still alive. Five of their adult children live with them.  Mary, Addie and Maud are not employed. Roy and Joseph work as Motormen in the Coal Mines. Her husband, Charles, is a carpenter and they live in Carroll, Cambria County, Pennsylvania.

Special to the Tribune

I have emailed the Cambria County Library to see if they have an actual clipping of the obituary available. If they do, I will update this blog as I receive it. There were no newspaper clippings to be found for Mary. I will continue to keep an eye out though, in case my keywords change and a discovery is made.

According to her death certificate, Mrs. Mary McCombie was a married white female whose date of birth was Feb 3, 1849. She died on Feb 12, 1919 at the age of 70 years and 9 days.  She was a housewife.  Her parents were Philip Gran and Mary Lancy (misspell), both born in Pennsylvania. She died of pneumonia. The person who provided the information for the purpose of her death certificate was her husband, CC McCombie. She was buried in Carrolltown, Pennsylvania on Feb 14, 1919. 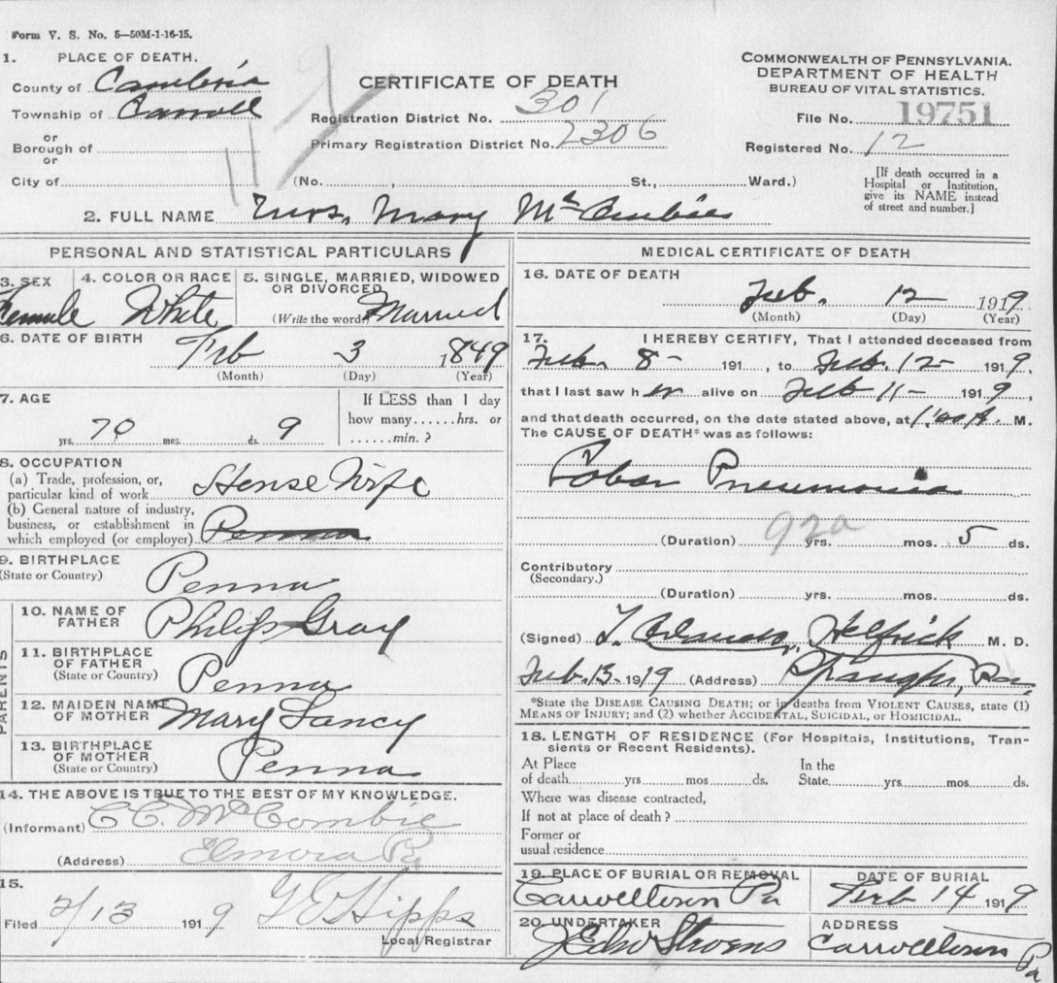 I was able to see her grave this past spring while in Cambria County for research.  I will write a separate blog about her husband.  With Mary Gray, I realized that I have ancestors who hail from both Germany and Switzerland. Those were new revelations.