Just like her husband Roy McCombie, Margaret Logan has very cut-and-dry genealogy research.  It consists of only four census entries, a marriage record and her obituary.  I was unable to find a birth certificate nor a death certificate for her.  I will be doing research (maybe Spring 2020) at the PA State Archives and hope at that time to find one and/or the other.  Unfortunately, I do not have a photo of her at this time. I will go back through the newspaper articles but with the name Logan (being a more common name in the area), it will be somewhat difficult.  That will not deter me though.

Margaret Logan was born on May 5, 1894, in Spangler, Pennsylvania, her father, James, was 28, and her mother, Mary, was 27.  Both of her parents immigrated from England, James being a well known instructor for the mining industry.The supporting documentation I have for her date of birth are her marriage record and headstone.  Her obit and various census data note 1895.  The US Social Security Applications and Claims Index also notes her birth date as 1894.  I am confident of 1894 as her true date of birth. I will update this blog if I am ever able to secure a copy of her birth record.

On the 1900 census, we find a six year old Margaret living with her parents in Osceola Mills, Clearfield, Pennsylvania.  They live on Blanchard Street.  She is attending school and the census notes she can read, write and speak English. 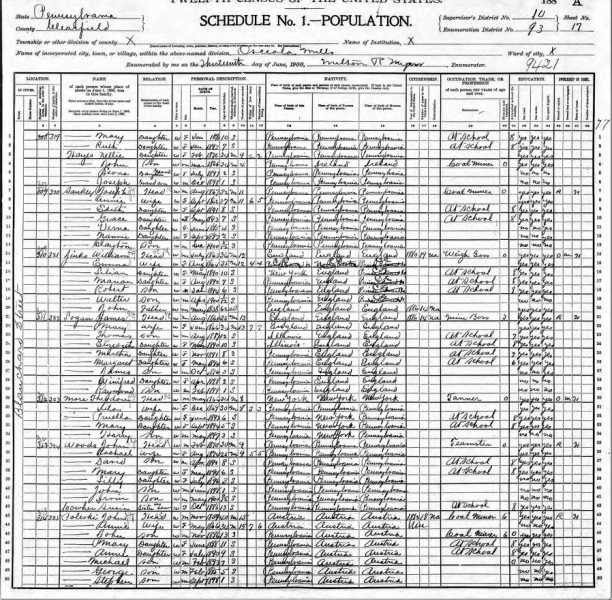 On the 1910 Census, Margaret is still living with her parents.  She is 15 years old.  This census notes that she is not currently attending school.  However, she is able to read and write. 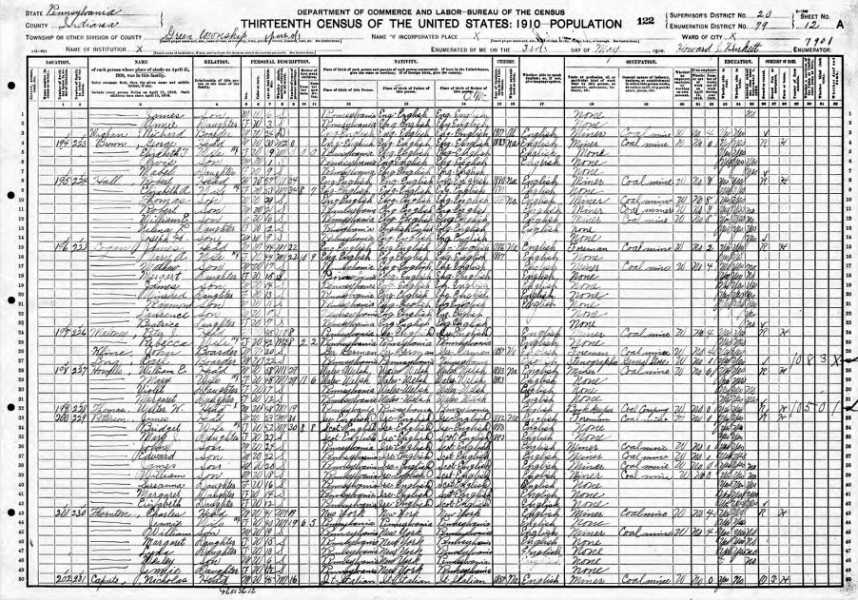 Between the census in 1910 and 1912, she meets Roy George McCombie in Ebensburg, Pennsylvania and they marry on November 26.  She was noted as nineteen and he was noted as twenty-four.  His occupation is Motorman (coal industry) and hers is Domestic.  It was required of her to obtain permission to marry from her mother.  They were married by a Catholic Priest. 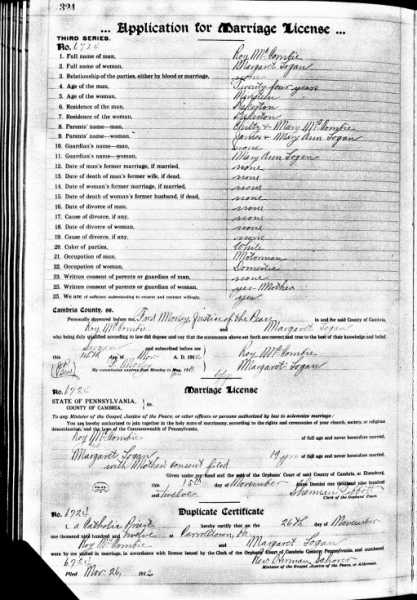 An interesting thing on the 1920 Census for Margaret is that it notes her Mother is from Ireland (still notes her Father is from England).  In the research I am currently working on for her father, James, although he immigrated from England, I truly believe his roots are in Ireland.  But, only time (and research) will confirm.  Margaret is twenty five at this time and living with Roy and their three children: James, Edwin (Uncle Pete) and Marguerite (my Grandma). 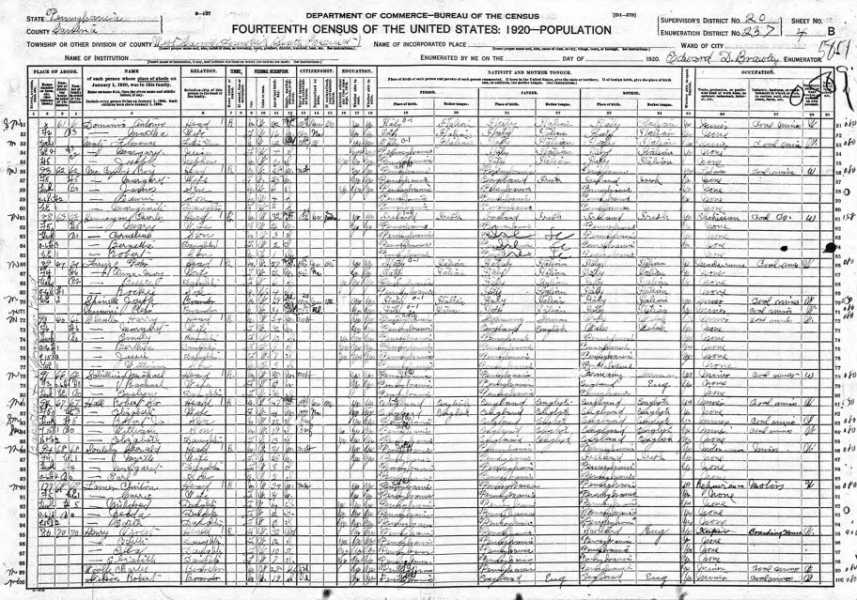 For the 1930 Census, Margaret is married and living with Roy and their children.  She is thirty-five years old.  They live along the highway in Bakerton, Cambria County, Pennsylvania. She is able to read and write in English.  It notes her parents are from England.   For this particular census, when you view it on the ancestry site, you will see Margaret and Roy as the last two entries on that page.  However, to the far right (and left) of these pages are clickable arrows.  By clicking the one to advance to the next page on the right, you will find the data for her children on the next page. ALWAYS click to the next page, you will find neighbors can sometimes be related to the people you are looking for. 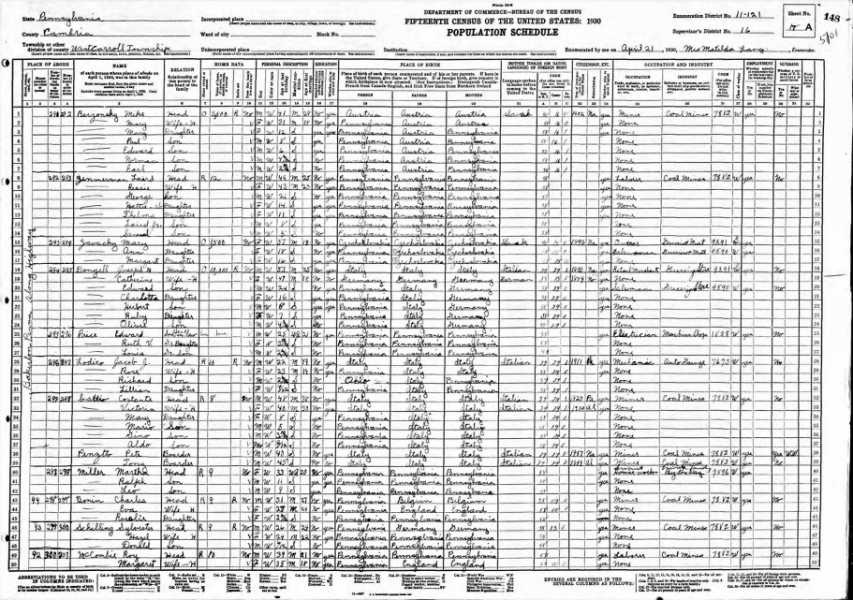 I  will note here that I found a directory for a Margt A McCombie in a 1937 Johnstown Directory.  It notes she is a nurse, so that throws me off a bit.  If I can confirm it, I will add it later.

On the 1940 Census, Margaret is still married to Roy.  They misspell their surname as McComber (research note: when you see a misspelled last name, write it down and use it for your future searches, you never know what it might turn up).  She is 45 years old with her DOB being about 1895.  It notes that the highest grade she completed was in elementary school, fourth grade.  She has no other income. 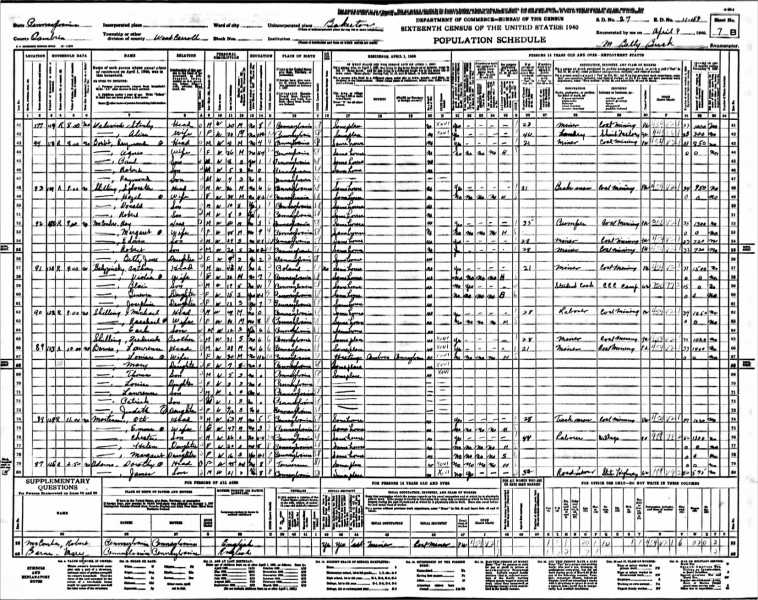 Margaret (Logan) McCombie passed away October 7, 1978 in Elmora, Pennsylvania.  She was 84 years old.  Her nickname was Maggie.  The obituary notes she was born in Dixonville and that she was the daughter of James and Mary Ann (Flowery) Logan.  Her husband had passed away about eleven years prior.  She also preceded her son, James, in death.  He passed away in a car accident in 1935.  Her children are noted as: Edwin (Nicktown), Marguerite (Elmora), Robert (Baltimore MD), and Betty Jean (Schellsburg).  She had 12 grandchildren and 6 great grandchildren.  She was the last surviving member of her immediate family.

Fred J Stevens Funeral Home was the location of her wake.  She was buried after a Funeral Mass at the Sacred Heart Catholic Cemetery in Elmora, Pennsylvania.  The Rev Francis Zywicki officiated.

I was able to visit her grave in April.  The plot number is N-8.  I had a dickens of a time locating the Sacred Heart Cemetery!  I wrote a blog about that here: https://seletyn.com/2019/04/05/genealogy-laughing-with-the-sinners-and-crying-with-the-saints/ 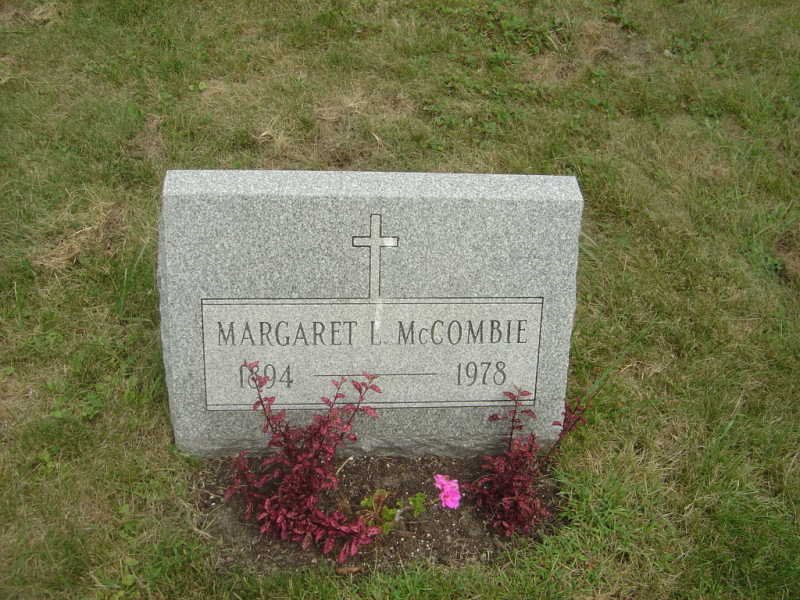 One last thing – I find it fascinating that on Ancestry there are records of a person’s social security application and number (see screen grab below).  We spend our whole lives protecting that number for fear of identity theft.  I know it is useless once we pass away, but it still somehow unnerves me to find social security number, even in the afterlife. 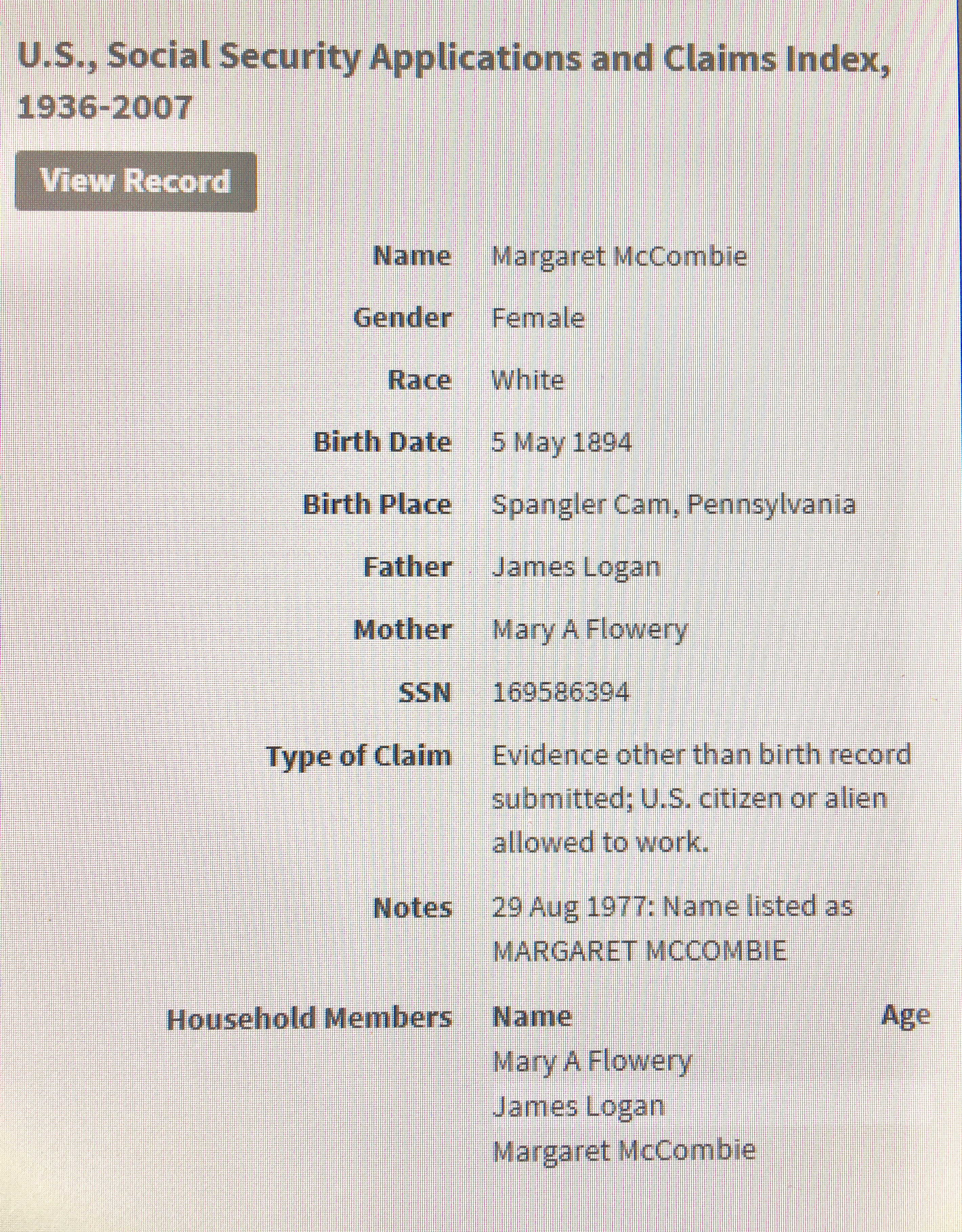 I hope you have enjoyed this genealogy blog.  If you see any areas of improving my research techniques, or if you have research hacks you think I might find useful, please let me know in the comments below!  Thanks!