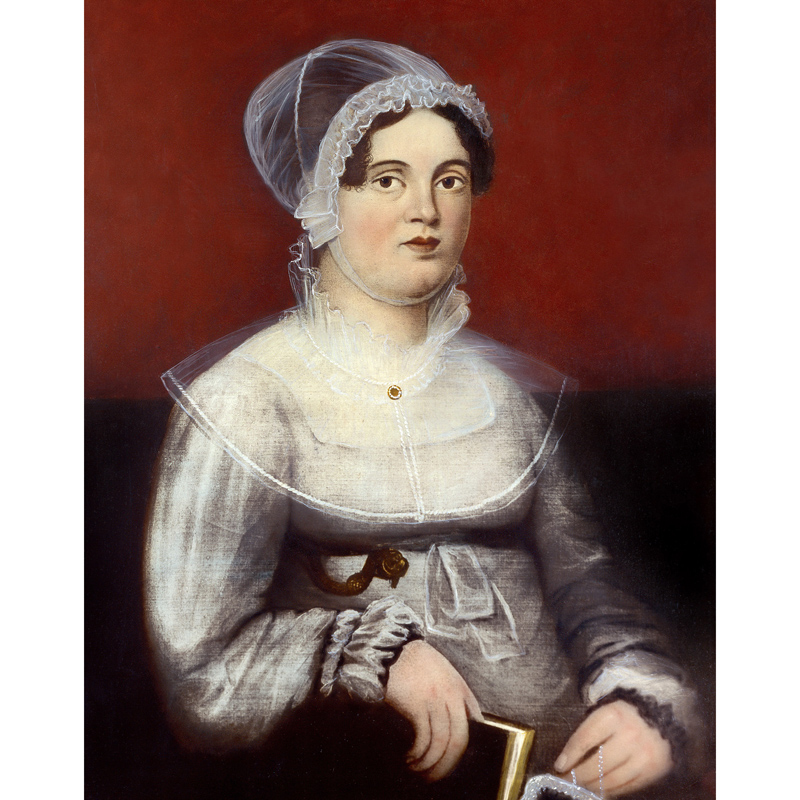 Rebecca Lukens (1794–1854), born Rebecca Webb Pennock, was an American businesswoman. She was the owner and manager of the iron and steel mill which became the Lukens Steel Company of Coatesville, Pennsylvania. Fortune Magazine called her “America’s first female CEO of an industrial company” and its board of editors named her to the National Business Hall of Fame in 1994.

According to the National Museum of American History: “In 1825, at the age of 31 and expecting her sixth child, Rebecca Lukens endured a heart-wrenching loss. Her husband, Charles Lukens, died unexpectedly from illness. On his deathbed Charles made Rebecca promise she would take over Brandywine Iron Works and Nail Factory, the family business which he had been running prior to his untimely death. Rebecca’s father, Isaac Pennock, was the original owner of the mill. He had died in 1824, and while he did not leave the business to Rebecca and Charles directly, he had made Rebecca a verbal promise that it belonged to her.”

The rest of that great article can be found here: https://americanhistory.si.edu/blog/rebecca-lukens

According to the National Iron and Steel Heritage Museum: “Years later Rebecca would recall the devastation she felt at the loss of her devoted husband, but she promised not to give up. Businessmen like Charles Brooke and William Sproule offered credit and advice and Charles’ younger brother Solomon offered to help. He stayed for fifteen years. Rebecca had to learn to deal with suppliers and employees who viewed her as a woman, incapable of being a boss. By 1834, she had survived another major flood, witnessed the arrival of the railroad, paid off all the debts and began to expand. As Charles had predicted, the demand for boiler plates was high and Brandywine Ironworks was among the first to corner the market.”

Also another solid article, it can be found here: https://steelmuseum.org/RebeccaLukens/rebecca_lukens_resource_center/index.cfm

In March if 2015, while doing restoration work to Rebecca’s home, letters were found written to her within a wall of the house.

The below article is clipped from:
The Philadelphia Inquirer
Philadelphia, Pennsylvania
23 Mar 2015, Mon • Page A03

In 1944, a ship was named after her, per an article written below

In hopes of finding her obituary (unsuccessful), the oldest newspaper clipping I found regarding rebecca was clipped from: The Sunbury Gazette, and Northumberland County Republican
Sunbury, Pennsylvania / 21 May 1880, Fri • Page 1