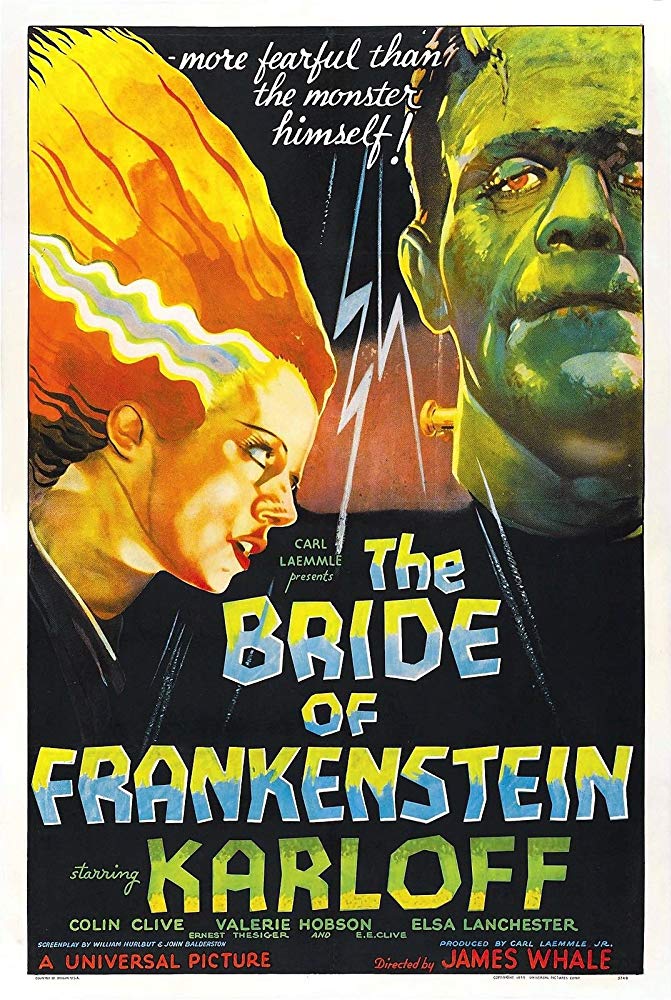 Because Magenta can work an updo parallel to none other than the Bride herself, next up in the Rocky Horror Science Fiction Double Feature movie binge is The Bride of Frankenstein.

Personal opinion: I loved it. It gave me life…itself! I would recommend, especially if you enjoy old black and white movies. It is a piece of horror history.

IMDb Synopsis: Mary Shelley reveals the main characters of her novel survived: Dr. Frankenstein, goaded by an even madder scientist, builds his monster a mate.

Newspaper Clippings For Bride of Frankenstein