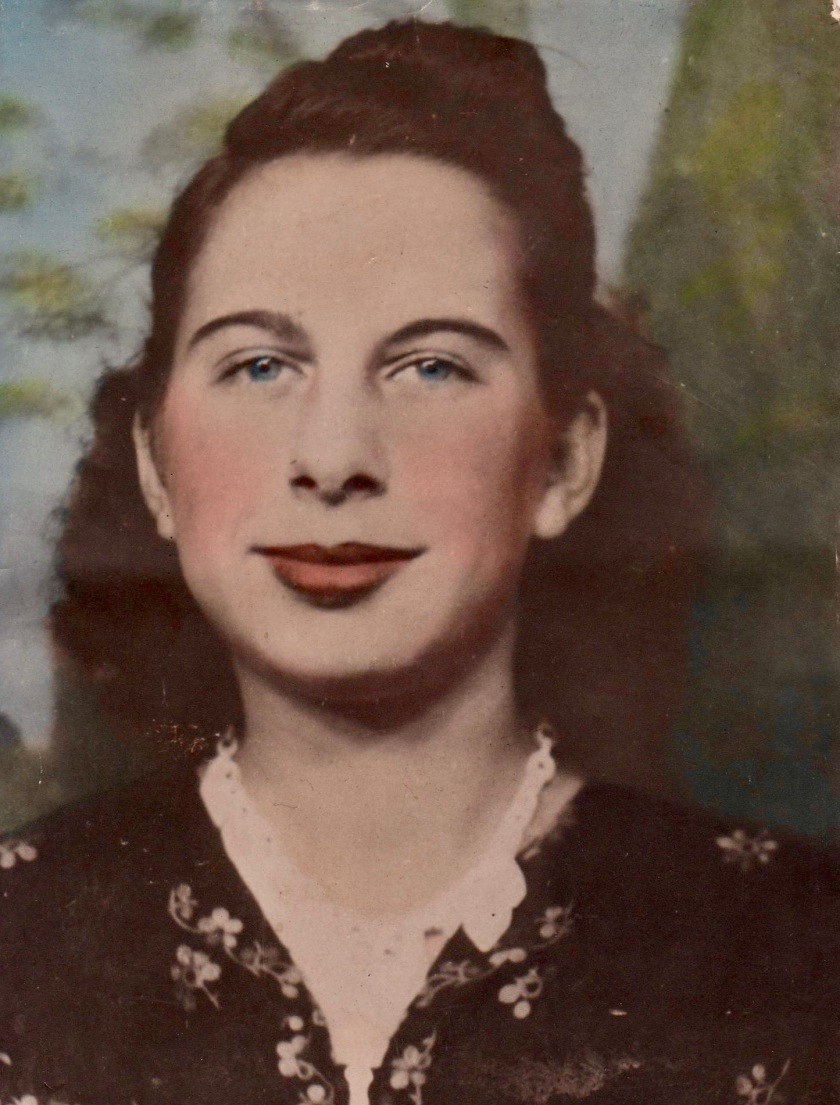 Nellie Beatrice Rice was born on 27 Oct 1924 in the Cherry Creek District of Eastland, Tennessee.  She married Fred James Seletyn on Dec 6, 1941 (the day before Pearl Harbor).

If one were doing the math, five months later my Dad was born. She gave birth to seven children, one set of twins.  The twins, Tracy and Lacy, were born premature due to a separation of the placenta.  They would succumb to respiratory failure only four hours after their birth.

Grandpa Fred passed away in 1968 and the world would lose the big personality of my Nanner on May 8, 2002.

I was blessed to live next door to her when I bought the house I grew up in from my parent in the mid 1990s. Living next door brought us closer together. She will always be one of my favorite people in life.

Nanner loved to sing. She belonged to the Carlisle Church of God choir. In a rubber tote, after the flooding of my basement, I sifted through books I had picked up at my Dad’s home after his passing. What a delight to find one of Nanner’s hymn books!

Recently, my Sister told me that our Grandmother (and her sisters) once sang as a group on the radio. They would more than likely have been teenagers at the time. By our best guesstimates, we believe the group would have been on the radio sometime between 1936-1941.

We are now searching whatever resources we can find to see if there are any historical recordings from their performances. We are asking that, if you have knowledge of the radio stations in Fayette and Raleigh Counties of West Virginia during that time, or know of a resource we could use to track down any recordings – please let us know. We welcome all recommendations and suggestions.

Thank you for your help!