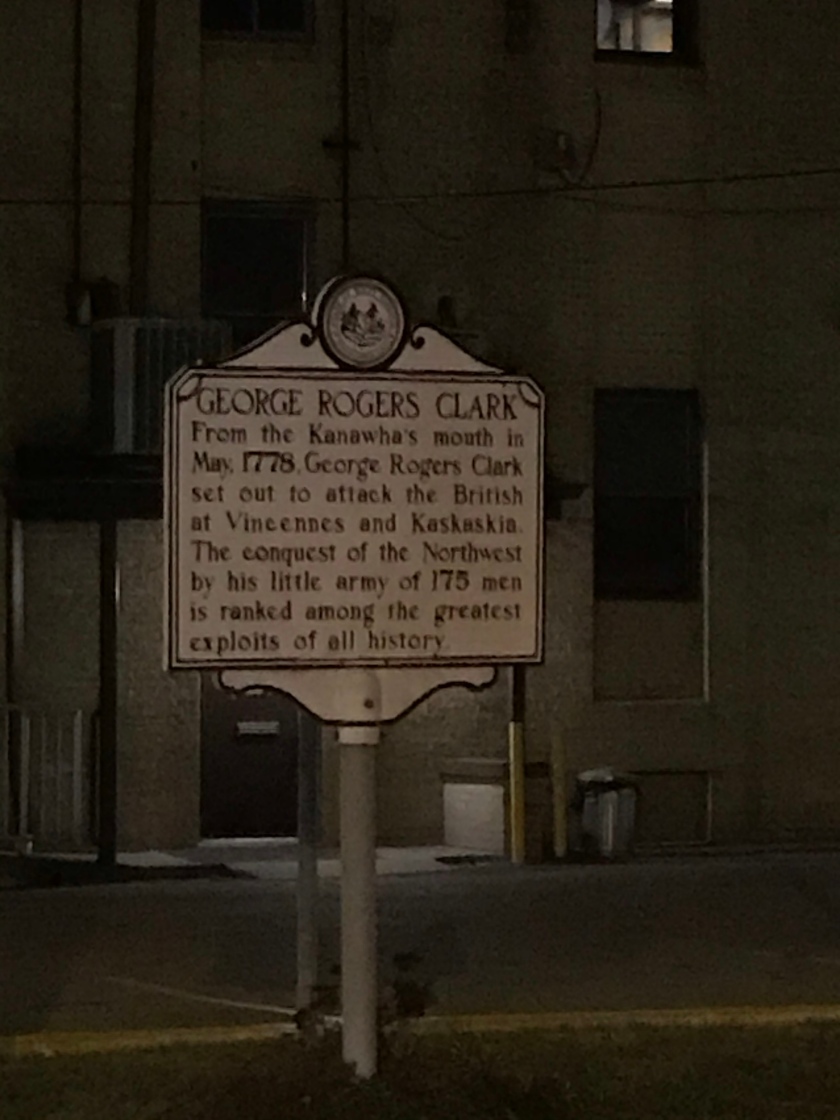 Inscription: From the Kanawha’s mouth in May, 1778, George Rogers Clark set out to attack the British at Vincennes and Kaskaskia. The conquest of the Northwest by his little army of 175 men is ranked among the greatest exploits of all history.”

George Rogers Clark (November 19, 1752 – February 13, 1818) was an American surveyor, soldier, and militia officer from Virginia who became the highest-ranking American patriot military officer on the northwestern frontier during the American Revolutionary War. He served as leader of the militia in Kentucky (then part of Virginia) throughout much of the war. He is best known for his celebrated captures of Kaskaskia (1778) and Vincennes (1779) during the Illinois Campaign, which greatly weakened British influence in the Northwest Territory. The British ceded the entire Northwest Territory to the United States in the 1783 Treaty of Paris, and Clark has often been hailed as the “Conqueror of the Old Northwest”.

Clark’s major military achievements occurred before his thirtieth birthday. Afterward, he led militia in the opening engagements of the Northwest Indian War, but was accused of being drunk on duty. He was disgraced and forced to resign, despite his demand for a formal investigation into the accusations. He left Kentucky to live on the Indiana frontier but was never fully reimbursed by Virginia for his wartime expenditures. During the final decades of his life, he worked to evade creditors and suffered living in increasing poverty and obscurity. He was involved in two failed attempts to open the Spanish-controlled Mississippi River to American traffic. After suffering a stroke and the amputation of his left leg, he became an invalid. He was aided in his final years by family members, including his younger brother William, one of the leaders of the Lewis and Clark Expedition. He died of a stroke on February 13, 1818.