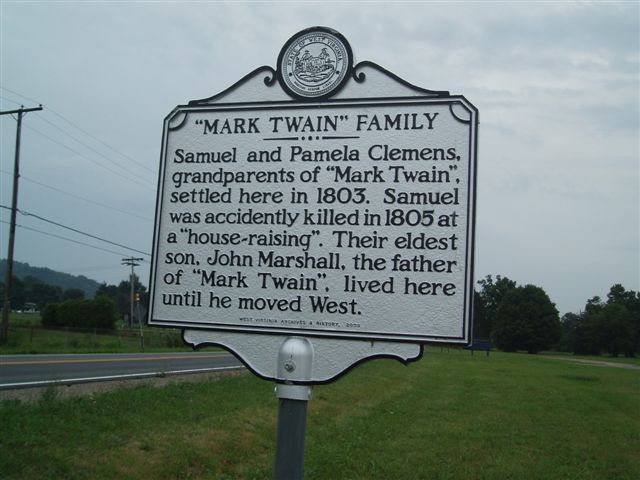 I pass this sign at the end of the road where I work every weekday, twice per day. It states that Mark Twain’s grandparent’s settled “here” (not sure if it is the exact spot or a generalized area of Mason County, WV).

Mark Twain, as many of you should know, is the author of such classics as Tom Sawyer and Huck Finn. Information on Samuel and Pamela is as follows per https://www.marktwainmuseum.org/twains-genealogy/: Samuel B Clemens married Pamela Goggin on October 29, 1797. He was born in 1770 in Macon, Powhatan Virginia. He died in Mason County, West Virginia in 1805.

After Samuel’s death in 1805, Pamela took her five young children to join members of the Goggin family who had settled in Adair County, Kentucky. There, she married Simon Hancock and together they raised the Clemens children to adulthood .