In 1910 she drove an automobile across the United States, only the second woman to ever do so and the first driving from NYC to San Francisco. I was able to find a couple of articles in the papers of that day, my favorite photo is the one below.  I found the whole article in PDF HERE 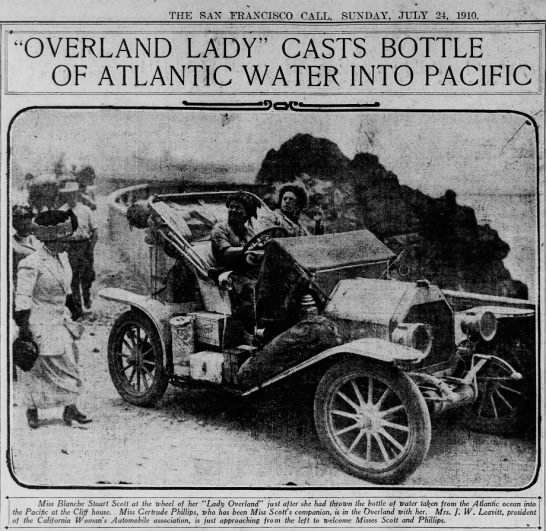 The fame she received from her cross-country drive drew the attention of Glenn Curtis, who offered her flying lessons in New York (and she accepted).  According to her wiki: Curtis fitted a limiter to the throttle of the airplane used to train Betty.  On Sept 6 that limiter either moved or a good gust of wind lifted the biplane and she flew to an altitude of 40ft before gently landing.  Although unintentional, she is credited by the Early Birds of Aviation as the first woman to pilot and solo an airplane in the United States.  On Sept 16, Bessica Raiche is accredited as first by Aeronautical Society of America.

If you would like to learn more about Betty, here are a few links: