In February 1984, my family, some friends and I were on vacation in Daytona Beach, FL.  It was probably one of the all-time best vacations I had as a kid.  There were so many of us, it was just a blast.  My Dad was excited to drive as close as possible to the John F Kennedy Space Center so we could watch the space shuttle launce on Feb 3.  A few of our friends accompanied us for the event.

OMG I chuckle at Dad’s knee high sports socks and shorty shorts.  And I am so skinny! ha!

I recently found the pictures and it truly is hard to tell what you are looking at (if you are not familiar with the photos).  I have edited in arrows so you can see the little speck of light which was Challenger

And what it looked like up close (of course, not my picture):

The mission was STS-41-B, the 10th shuttle mission.  The lift off occurred around 8AM.  The crowd estimate was around 100,000 from various locations.  There were two satellites deployed (both would fail but successfully retrieved later).  During the mission, astronauts McCandless and Stewart performed the first untethered spacewalk.  The mission would go on to last seven days, twenty-three hours, fifteen minutes and fifty-five seconds and would end successfully.  They would land the shuttle where it took off, at Kennedy Space Center, thus marking the first landing of a spacecraft at its launce site.  It completed 127 orbits. 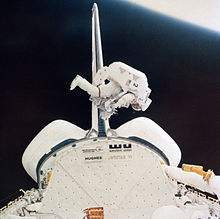 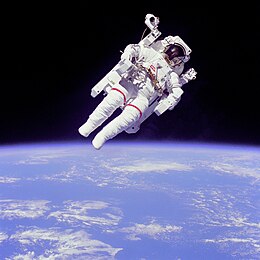 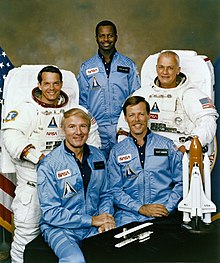 If you would like to learn more about the space shuttle program, here are a few links: