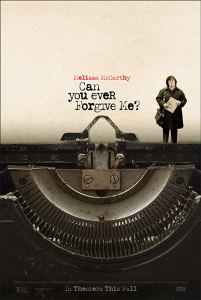 The first ten minutes could’ve been me.  The rest, not so much.

I wonder, other than alcoholism, what mental illnesses did she have?  I have difficulty with conflict in movies. I have left a room during scenes I knew that were going to be awkward or uncomfortable. This entire movie left me feeling the need to leave the room.  But I persisted.  I was so happy when it finally made it to the court scene because I knew it would be over soon.  Not because it was a bad movie but because of the angst the movie created for me.

I loved the colors used in the city scenes of New York City. I loved the music throughout.  I found the movie was very slow paced for the first three quarters of the movie.  The last quarter of the movie made me a nervous (and sad) wreck.

Melissa McCarthy did a beautiful job portraying Israel.  Good luck to her at the Oscars. 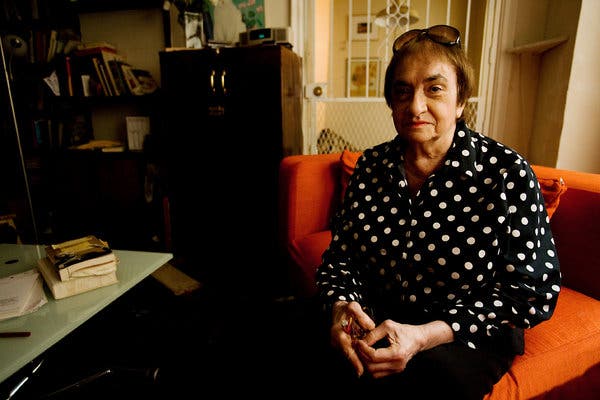 IMDB Synopsis: When Lee Israel falls out of step with current tastes, she turns her art form to deception.