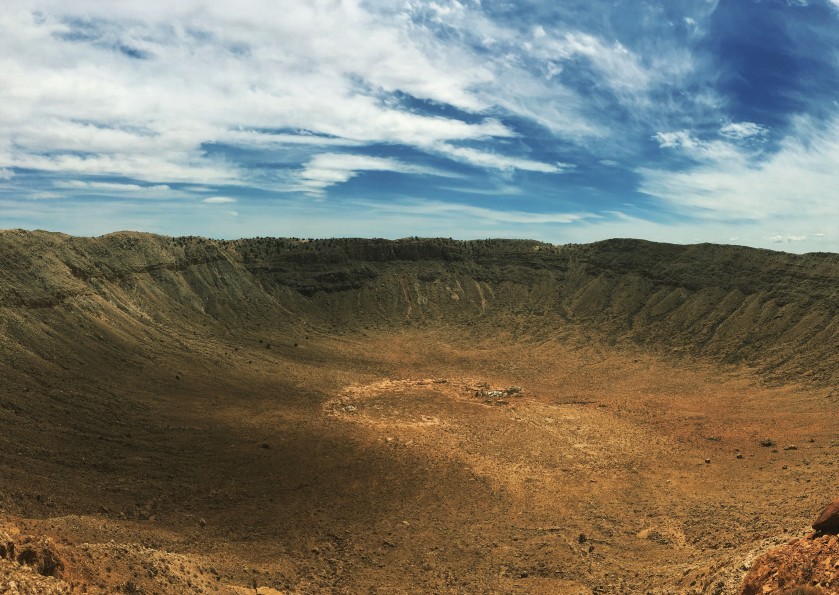 What if I told you that there is a spot, in the middle of the desert, where a number of years ago a meteor hit the Earth and left a huge crater and it is very well preserved?  Would you believe me?  Well, there is!  And we visited it. It is located under 25 miles outside of Winslow and just a few minutes off of our route.  (Rt 40 17.5 miles / Exit 233 Meteor Crater Road / 6 miles to site).

Original photo can be found on the location’s website here: http://meteorcrater.com/

The photos below are all mine.  But, seriously, pictures do not do this place justice at all. 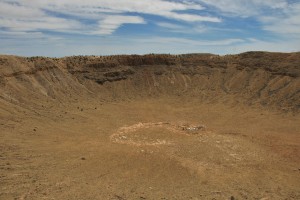 Everything feels other-worldly.  Maybe it is because we stand in the knowledge that something not of this planet hit the ground so hard that it left an impact that would endure for the life of Earth.  The rocks look to be water pocked although we are standing in a desert. 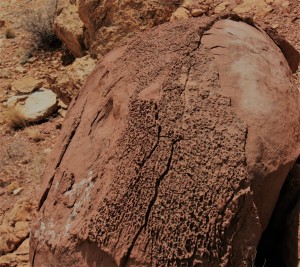 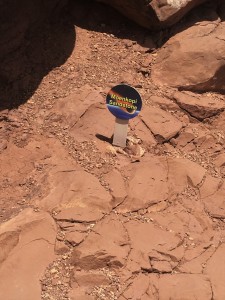 Life does try to thrive here in various ways.

Apollo Lunar Training was performed by astronauts at this very site:

Dr. Eugene Shoemaker (pointing with hammer) lectures to a group of astronauts at Meteor Crater, Arizona. The floor of the crater is in the center of the photo, Paul Switzer Collection, NAU.PH.426.476, Center of Astrogeology, USGS, Photo No. 56773, Cline Library Special Collections and Archives, Northern Arizona University, Flagstaff, Arizona.

The museum at the site has a number of artifacts from the Apollo days as well as a chunk of meteorite. 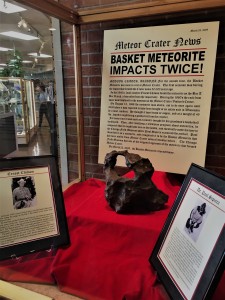 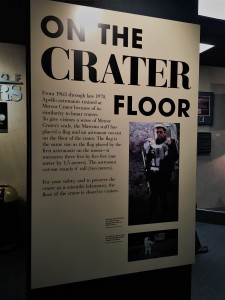 I would like to note how amazing it is that another planetary system was found through crowd sourcing.  I plan on reading up on that a bit more.

I was able to gauge how interested Bobby was in a site by whether he took a panoramic photo of the location.  I thought it would be funny to capture as many pics as possible of him taking the pic!

If you walk a set of stairs down to a viewing area, there are a number of little stationary telescopes (monocular) that are trained upon a specific site along the crater and allow you to look directly at a place of note because it is TOO far to see with the naked eye and even my long range lens did not justice.  I used my iPhone camera to capture what we looked at through those lenses:

The first was set to look at a nondescript rock along the rim of the crater.  It seems nothing out of the ordinary until you read the placard below it “house size rock”.  That this little bump along the rim (as your naked eye would process it) is that large is mind boggling.

The second one is set to look at the base of the crater  It all looks fuzzy from way up on the top.  However, it is a replica of the Apollo training site and is a six foot cutout of an astronaut, to give you perspective. 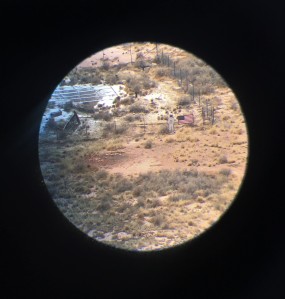 Adjacent to the training site was a winch and boiler. Again, perspective. 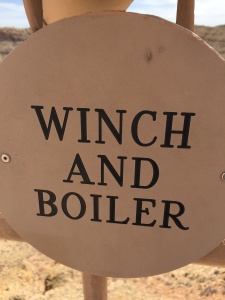 Also in the base of the crater are three test wells that were dug in an attempt to find the actual meteor.  This monocular was trained upon the main shaft.

The final lens allowed us to look at raised strata along the top, but not quite the rim of the crater.

It was definitely worth the detour.  The facility has a nice little gift shop and there is a Subway restaurant onsite if you find yourself hungry.  Unless you participate in the guided tour, 2-3 hours is more than enough time to allocate for this stop. 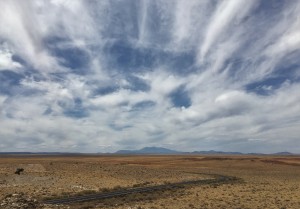 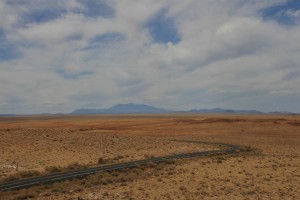 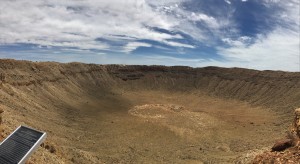 My souvenirs from this stop: 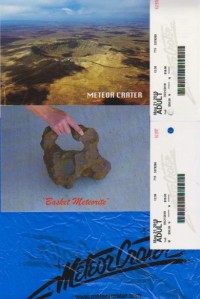