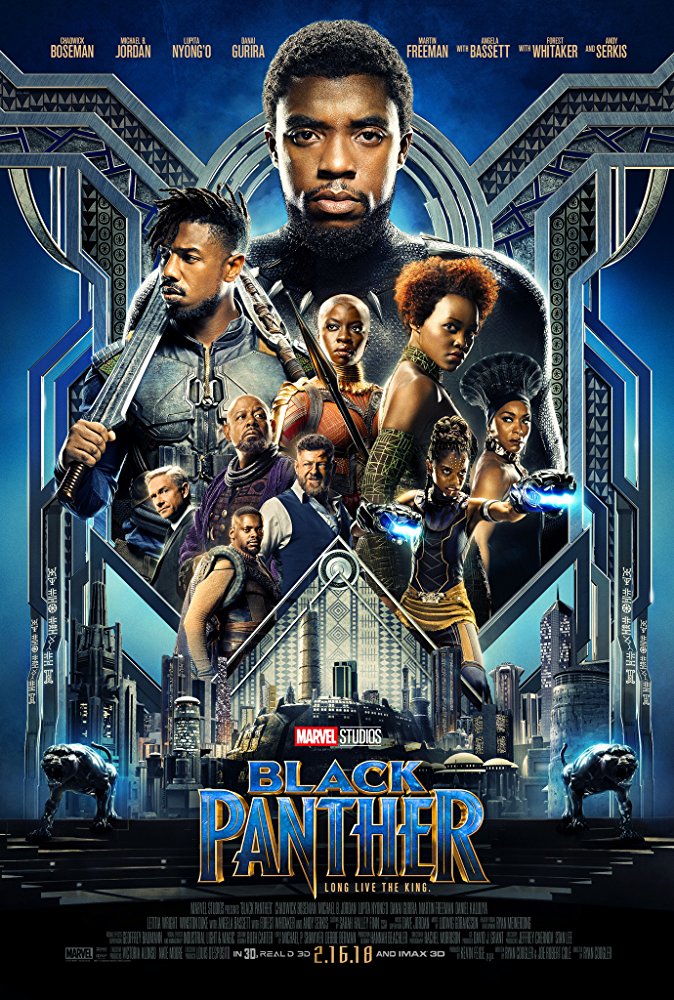 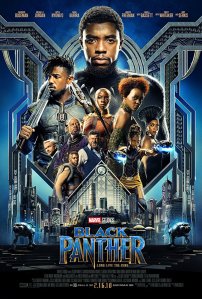 First: If at this time next year I am not saying to myself: “I wrote a blog about that, let me just edit with this year’s Oscar hashtag…” then something is wrong in the universe and people are gonna be in trouble. And, I do not mean the obligatory “Best Original Song” category (although it should be nom’ed for that as well).  This should have a Best Picture nom.  But the Oscars hate a super hero. I hope Black Panther breaks that trend.

From a comic book perspective: I was completely unfamiliar with the story and the characters going into this movie. That is a shame. That will be corrected.  I would like to know if the written characters read with as much charisma as the screen characters.

The colors. Just, wow. The wearable colors, the surrounding colors, the cinematography colors.  Loved it all.  In the animated world, I was wowed by the colors of Coco and wondered how that would translate into live action.  In Black Panther… the cliff side, when the people of Wakanda were watching the challenge to be king – their robes were so beautiful and they seemed to reach to the heavens.   I am happy that this movie was made, that it received the reception it did and that it is breaking records.

There will be spoilers – my thoughts while watching the movie:

A couple of interviews and pieces:

IMDB Synopsis: T’Challa, the King of Wakanda, rises to the throne in the isolated, technologically advanced African nation, but his claim is challenged by a vengeful outsider who was a childhood victim of T’Challa’s father’s mistake.

I will come back and edit the “starring” section as IMDB crashed my computer more than once with this movie.

More Photos
I LOVE these!!!
Another reason why my friends are better than yours... they get me! I LOVE you @psuprenant