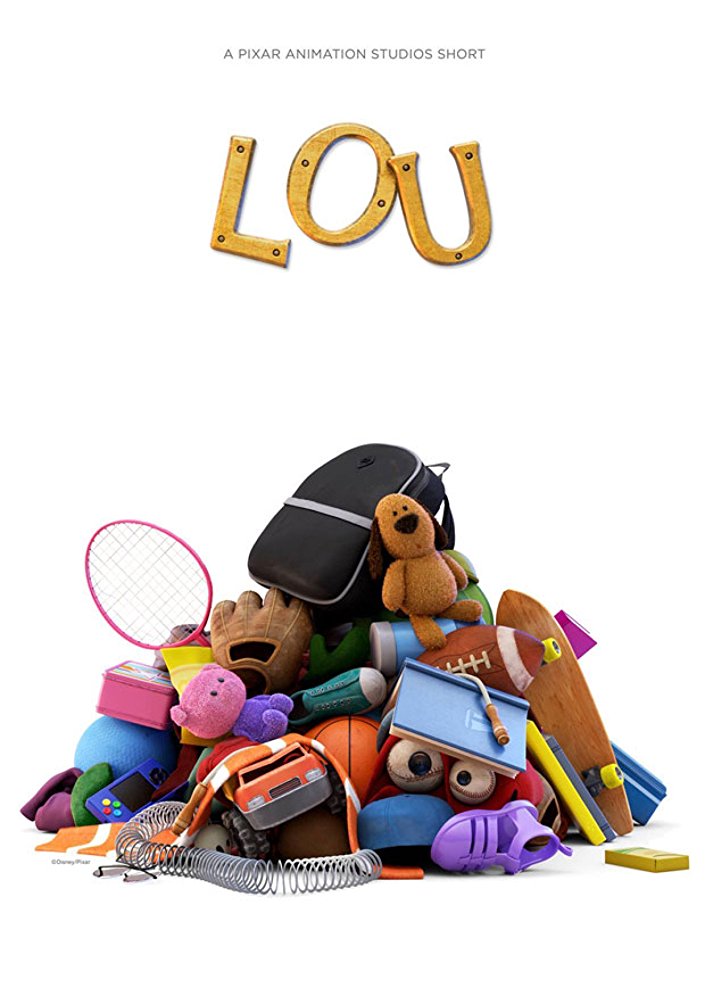 Synopsis:A Pixar short about a lost-and-found box and the unseen monster within.

Lou is a 2017 computer-animated short film produced by Pixar Animation Studios. Written and directed by Dave Mullins, it was theatrically released alongside Pixar’s Cars 3 on June 16, 2017. The short is about a lost and found box and the unseen monster within

My Thoughts During The Short:

Per NPR:  Lou  You knew Pixar was going to be on this list somewhere. In Lou, a playground’s lost-and-found box is inhabited by a benevolent spirit who tries to return all the kids’ toys. “Lou” does battle with a local bully who looks and acts a lot like Toy Story‘s Sid, but who might secretly have a heart of gold. Everyone’s favorite animation studio might be spinning its wheels a bit on this one, but the bright colors and inventive character design (tennis balls for eyes, a sweatshirt for a body, and a form that morphs depending on whatever the kids happen to lose) still make this a charmer.