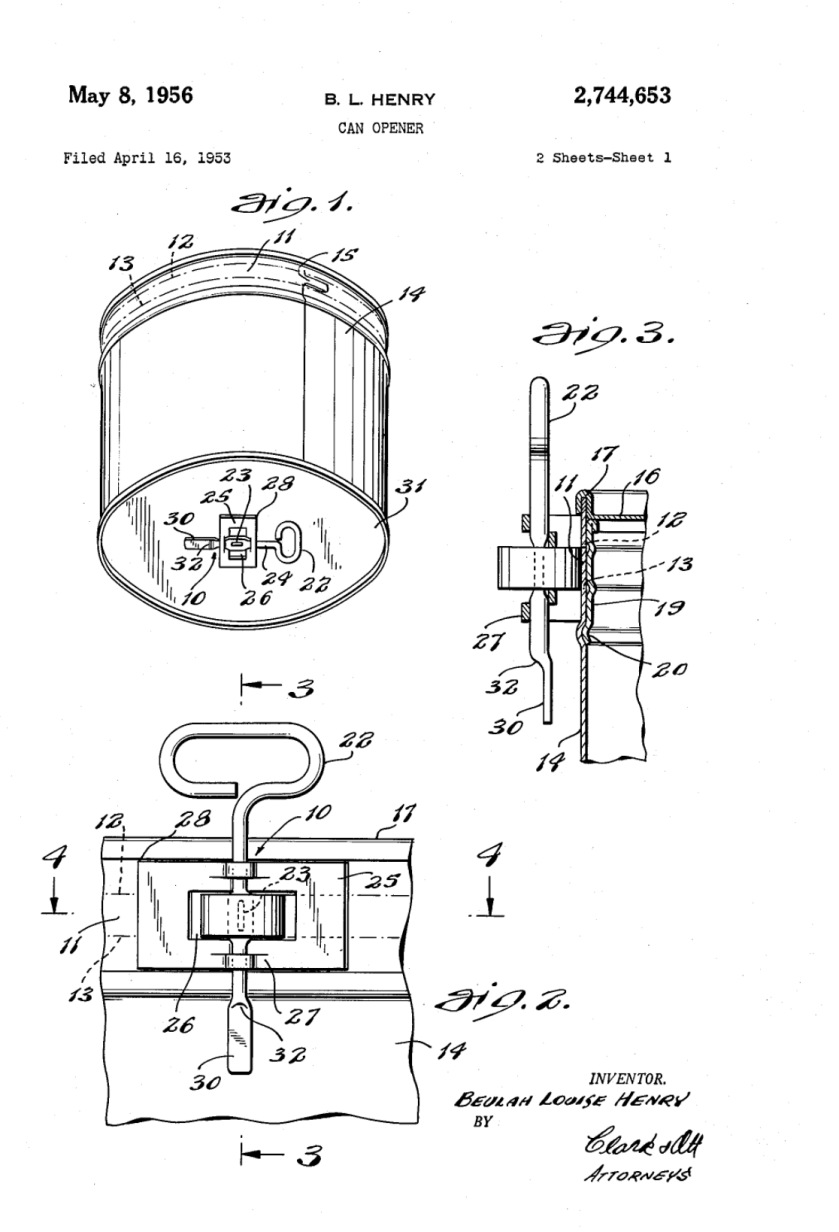 Beulah Louise Henry (September 28, 1887 – February 1973) was an American inventor. In the 1930s, she was given the nickname “Lady Edison” for her many inventions. According to the Journal of the Patent Office Society, in 1937, she was known as “America’s leading feminine inventor”. Famed for being a prolific inventor, Henry patented a wide number of products and innovations designed to improve daily life. Her work was so well known and respected that, as of 1937, she had a museum exhibit dedicated to her in Osaka, Japan, which was seen as an inspiration to aspiring female Japanese inventors.

Her inventions include a bobbin-free sewing machine and a vacuum ice cream freezer. She received 49 patents and had around 110 inventions total.

I was able to search through Google Patent Search and found this pattent of hers: