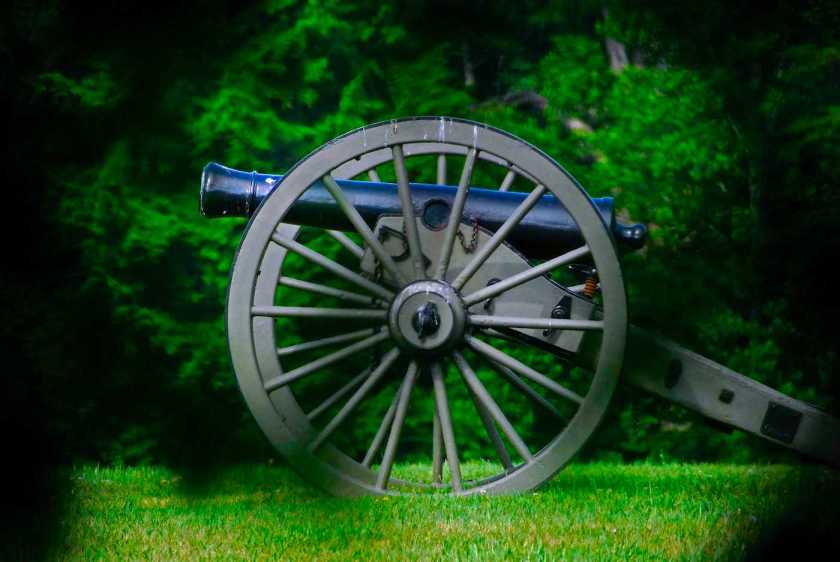 With so much time on my hands, in a house empty with the exception of little ole me for eight plus hours each day, I have had some old nostalgic memories come to mind at the most random of times.

I grew up in the Oak Hill (Fayette County) WV area (graduated OHHS 1986). I remembered a tale my Dad told about a cannon in the mountains. But, for the life of me, I could not remember the exact area he told (although I knew it was close). Of course, I would find a Shirley Donnelly column on the cannon.

Shirley also speaks of the Blue Hole of the New River and one of the oldest tales I have read about “pouring one out for your homie”.

I hope you enjoy a chuckle, like I did.

A Fayette County legend centers around the celebrated Blue Hole om New River alongside the C&O Railway. This is a deep hole in the stream which some say has a bottom that has never been reached

Its alleged fathomless depths air of mystery to the weird pool. Years ago before “the noble experiment” of national prohibition, it was reported that when a derailment of some railway cars occurred at this spot that there was a car load of whisky that jumped the track. Then the story was that this car load of liquor plunged into Blue Hole and was never recovered in any part. Reports used to make the rounds that good swimmers with a lust for liquor in prohibition days used to dive in the depths of Blue Hole in an effort to retrieve bottles of Old Brain Remover and other brands.

LAST SATURDAY a long distance call came concerning Blue Hole. In a distant city the caller said he had been informed that I was an expert (An expert is a little spurt away from home, you know!) on all things concerning Fayette County! He and his brother were professional “scuba” divers, he said.

They want me to go along but the two brothers are to do the diving The water being too cold, my inability to swim, let alone do scuba diving, exempts me from effort except as a spectator.

Within the next few Saturdays the trip to the Blue Hole is to be made.

IT IS SURMISED that the tale of the World War I cannon in Blue Hole is but a garbled report of the baseless legend that there is hidden somewhere on Cotton Hill Mountain a Confederate brass cannon concealed there because it was too heavy for a company of soldiers to drag away.

Periodically this old legend makes the rounds. In the past 25 of 30 years many an inquiry has come to me asking of the cannon. But facts in the case are plainly absent and not voting.

Days and weeks have been spend in vain in combing every square foot of that mountain to find the brass cannon. It is a favorite Boy Scout project, each scout expecting to make the great discovery.

A number have phoned me – men in their cups – of having found the cannon and piles of cannon balls near it. Of course there is not an idea of truth in the reports that such a cannon has been found on Cotton Hill. Barnum was right.

AN OLD BUT TRUE STORY was told to me the other day. It is the story of two men who were drinking buddies. They were young men embarked on a fatal course. One became a local hero because of his prowess in his chosen sport. One day he was killed when he was flying low in the effort “to see what the old boat would make.” They buried him in the area where he lived, in a cemetery which caretakers always try to keep at its best.

It was observed that the grieving surviving drinking buddy of the dead hero came regularly to the grave of his friend. There he would sit down and linger long as if given to contemplation and meditation of the brevity of uncertainty of this life. In a day or so after the visit to this grave by this man the cemetery caretakers noticed dead places in the grass where the man had been sitting.

His curiosity aroused by this find, led one of the keepers of the cemetery to conceal himself in a clump of evergreen shrubs to find out what was killing that grass. The spy observed that each time the caller at the grave took a swig from his bottle he would then pour a drink on the ground above the head of his departed buddy. This killed grass on the grave and led the cemetery hand to seek som means of stopping the man from killing the grass. Tactfully, the cemetery man approached the visitor with words of consolation and went on to say how there were times when he, too, liked a little flavor in his mouth.

It was suggested that the cemetery hired hand would put in the ground at the head of the grave an empty glass. Each time the man took a drink he was to pour a drink into the glass set there in the ground. In that way the liquor would not be lost because the cemetery hand could use the contents of the glass to slake his own thrirst.

It was a profitable solution to a trying situation, my informant reports.

For more reading on the lost cannon: