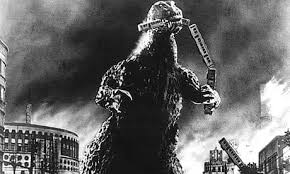 I was underwhelmed.  There WERE some good spots.  But, for the most part, I was underwhelmed.  Mothra was solid.  Eleven put in a great effort. Kyle Chandler will ALWAYS be red mist for me.  Ken Watanabe has a movie coming up about Fukushima (that statement has nothing to do with Godzilla, I just find it interesting and wonder if they will be true to the events as they occurred.)  I enjoyed Bradley Whitford.

If you ever watched the old Godzilla movies, the black and white ones, there was so much campiness in them.  I do believe they were trying to go for some of that camp with this film but IMHO it fell just short (I was not a fan of the one lined zingers they would set up and let fall). The one instance of well-played camp in this movie, which I thought paid proper tribute, was a random pan to Ziyi Zhang where she has this expression of (almost) rapture while the world is falling apart around her… THAT was the camp of the originals. 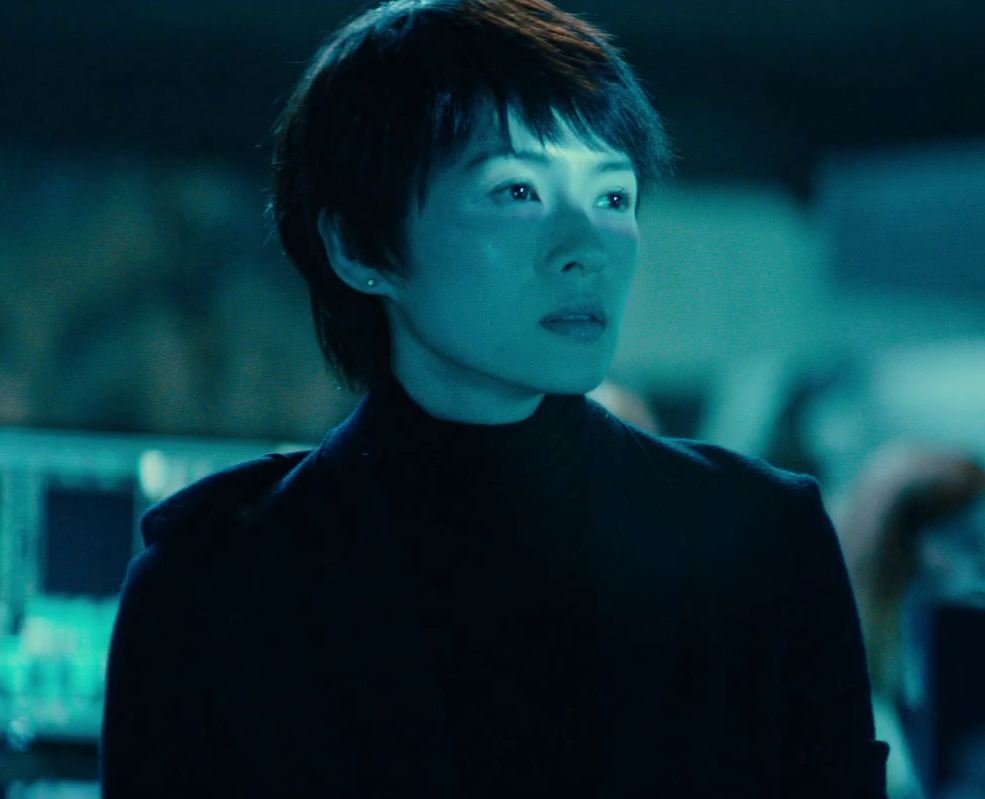 There was a person behind us who was over the moon excited about Mothra and when she attacked I think I heard a “you go girl” squeal.  I had zero problems with this.  I read a thread which noted that Mothra must be a Drag Queen: She had a transformation, a costume change, a light show, a reveal and was the only titan with her own theme song (other than Godzilla).  Also, have zero problems with that assessment.  I thought the close ups of Mothra were also on the same camp level of the originals.  Of all the titans, I appreciated her and the ever smiling closeups of Godzilla for their feel of original.  Below is her movie poster as well as a throwback to her original movie appearance for comparison. 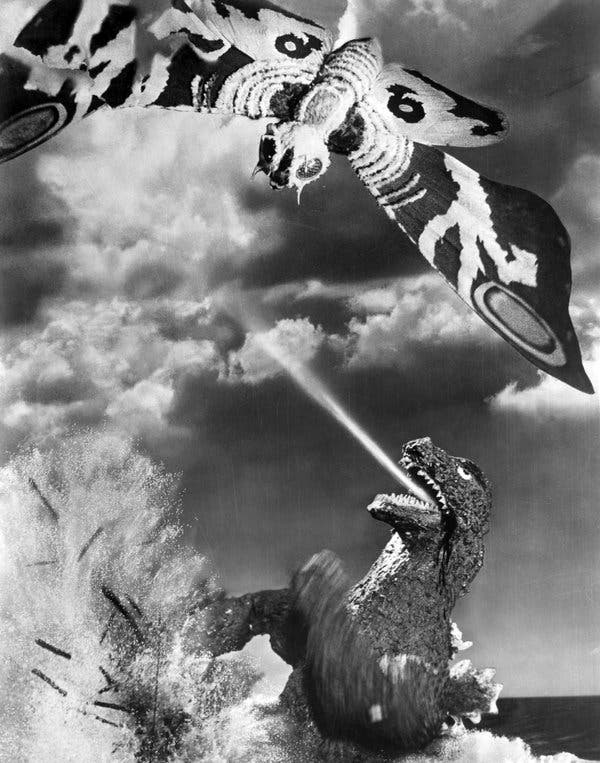 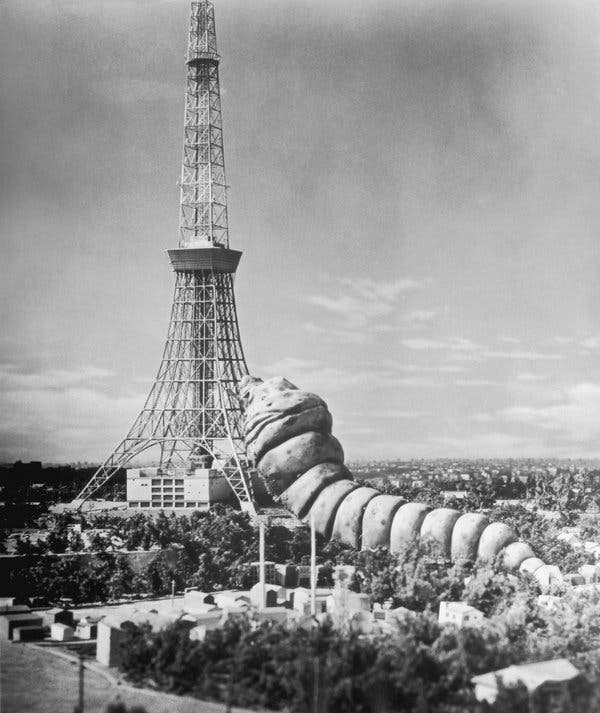 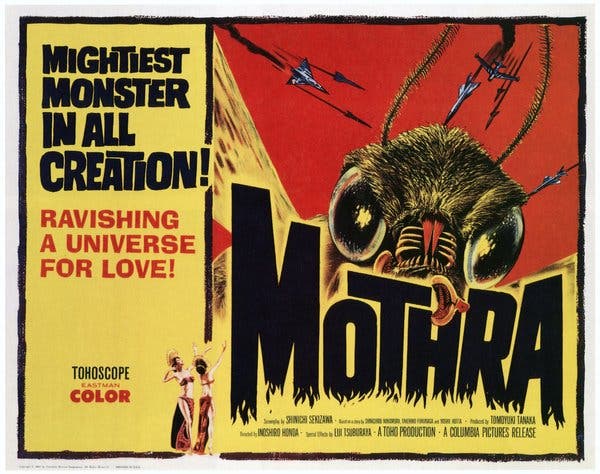 There were great movie posters for Ghidorha and Rodan.  Below are those posters as well as throwbacks for comparison: 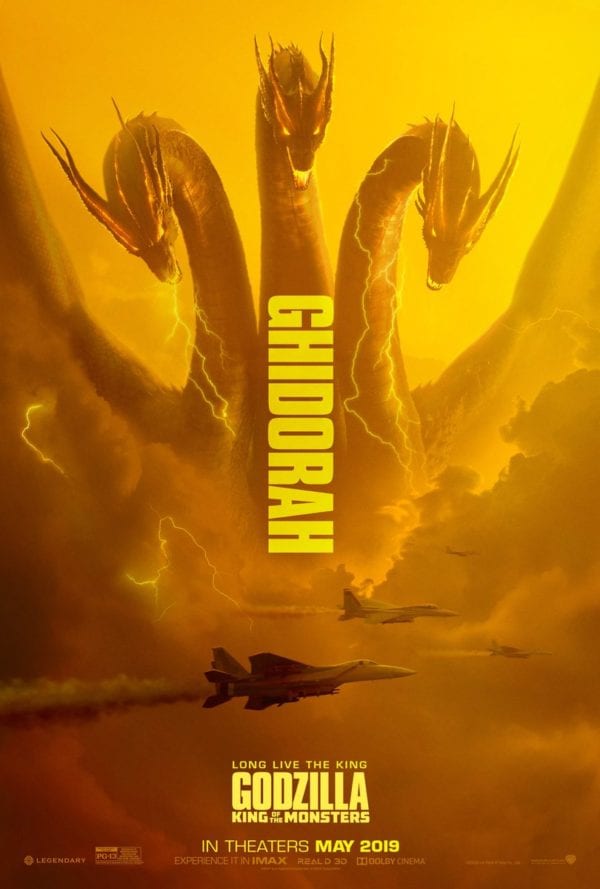 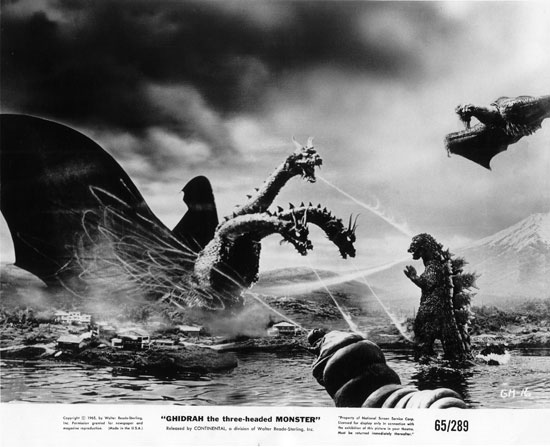 I would love to rewatch all of the Godzilla movies and blog about them.  That might be a thing leading into the 2020 movie… might. 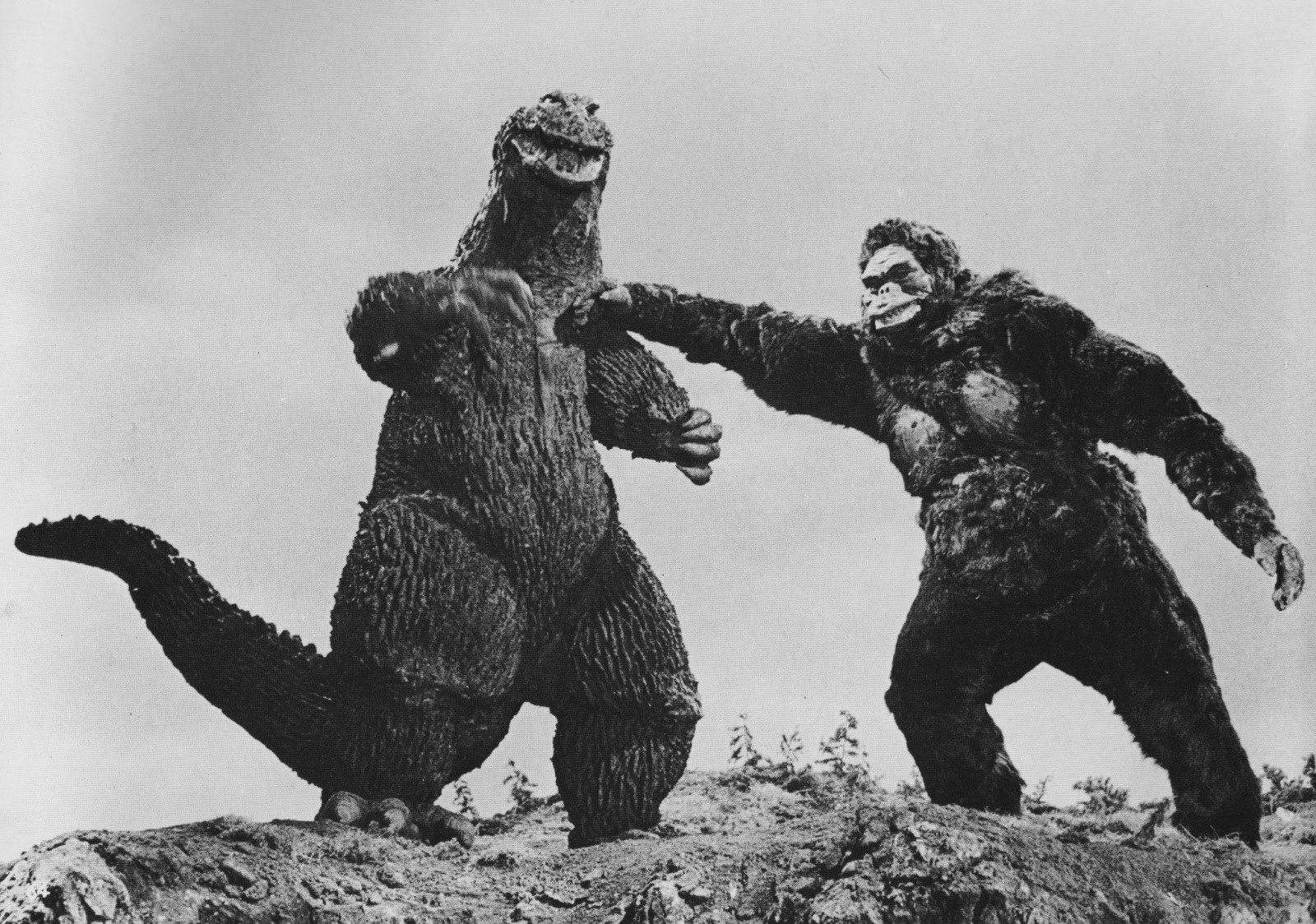 IMDB Synopsis: The crypto-zoological agency Monarch faces off against a battery of god-sized monsters, including the mighty Godzilla, who collides with Mothra, Rodan, and his ultimate nemesis, the three-headed King Ghidorah.

I get a kick out of these IMDB notations (I would love for someone to populate those with every movie each has been in):