In looking through old Fayette Historical Society newsletters, I came across one with a Shirley Donnelly clipping regarding a man who was hung in Fayetteville in 1894.  The man’s name was Wash Adkins and he was convicted of murder.

Below is the clipping of the article as it appeared in the newspaper in 1968: 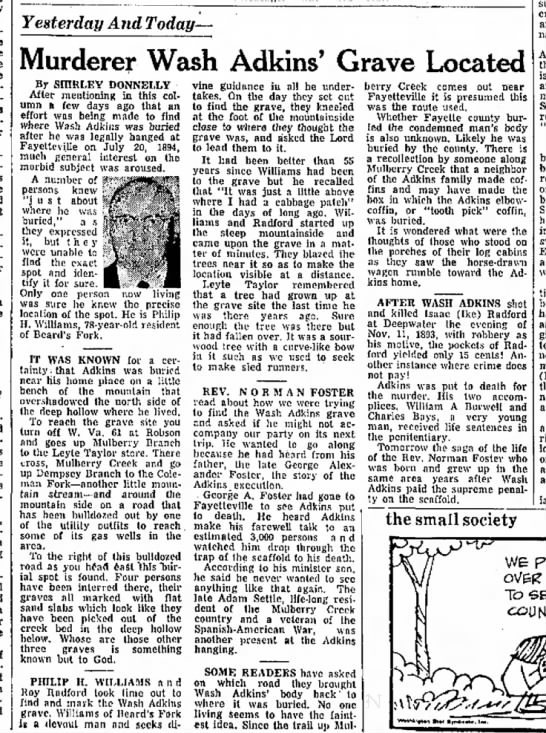 I did a little digging in the newspapers of 1893-94 and came up with a backstory: 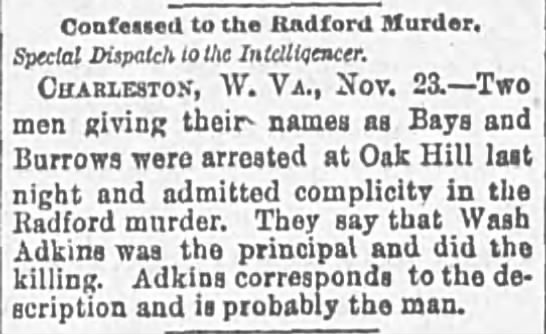 From: The Wheeling Daily Intelligencer, 23 Jan 1894 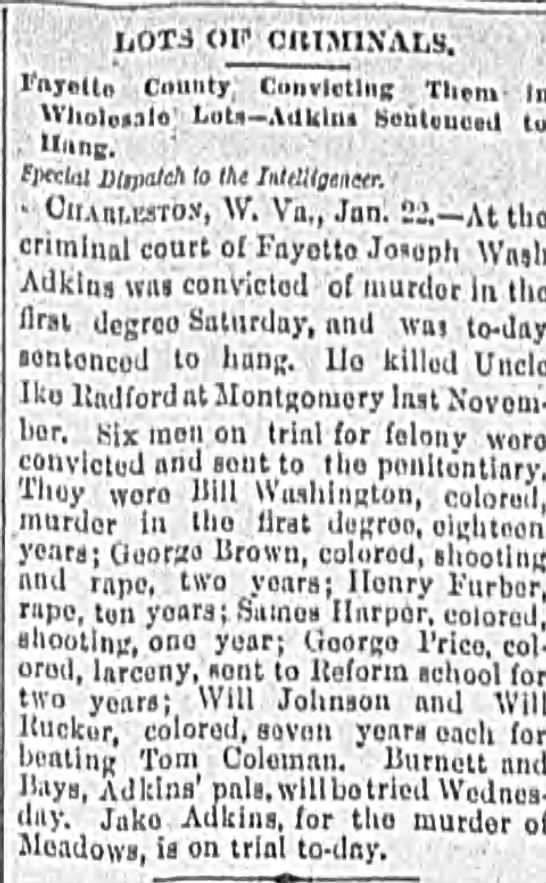 I read this and I wonder – was he set up?  Was he rightfully convicted?  And wow Fayetteville sounds a little lawless in the late 1800s.

If I find more I will post an update blog.  If you now of the story or any details other than what is told here, I would like to hear the entire story.  Let me know in the comments below.