Beatrix Potter (1846-1943) was a British Children’s Author most famously known for her series about a mischievous rabbit named Peter Rabbit.

She was born into an artistic family.  Her father, Rupert was a photographer and her mother, Helen, was a painter. Through her parents, she met many artists and writers who were popular at the time.  As a child, Beatrix developed her talent of sketching.  She loved drawing animals.  As a young woman, she took that talent to the National Art Training School.  Her first success as an illustrator came as a creator of greeting cards.  Her most famous work, The Tales of Peter Rabbit, originally began as story written in a letter to a former governess.

In 1902, Frederick Warne & Company brought her dreams to life when they published The Tale of Peter Rabbit.  It became an immediate hit with young readers.  In 1903 she would release The Tale of Squirrel Nutkin and the following year The Tale of Benjamin Bunny.  She would fall in love with her editor, Norman Warne (the youngest of the three Warne brothers).  They became engaged, though her parents opposed their relationship.  He encouraged her to think outside of the box and together they would venture into plush animals that were mirrored after Peter and his friends, create new characters and develop a book together.  Only a month after he proposed to Beatrix, he passed away from leukemia.  According to Wikipedia: “A firestorm was unleashed in the Potter household: her parents vehemently objected to her union with a man they considered their social inferior, a tradesman without professional accomplishment. Potter regarded her parents objections as hypocritical and unreasonable because both sets of her grandparents had been tradesmen engaged in the cotton trade. At some point, Warne and Potter exchanged rings but Potter ceded to her parents’ demands and did not make a public announcement. The engagement would be a family secret. Meanwhile, Norman returned from a sales trip to Manchester very ill, and was ordered to complete bed rest on 29 July. Potter last saw him on 22 July before leaving on 4 August for a sketching trip to Wales. Warne died in his bedroom in Bedford Square on 25 August of lymphatic leukemia, a disease difficult to diagnose at that time. He was 37. His burial was held on 29 August in Highgate Cemetery in London. Potter had been summoned to London on the 25th by the Warnes but did not arrive until the 27th. Her grief was immeasurable. In December she sent Warne’s sister Millie a watercolor sketch of a barley field she had completed the evening before Warne’s death: “I try to think of the golden sheaves, and harvest,” she wrote, “he did not live long but fulfilled a useful happy life.””

Potter would go on to marry William Heelis, a local lawyer, in 1913.  Her writing would slow, and then stop, after their union.  After their marriage, she would focus on her farms and land preservations. According to Biography.com: “Potter died on December 22, 1943, in Sawrey, England. In her will, she left much of her land holdings to the National Trust to protect it from development and to preserve it for future generations. Potter also left behind a mystery—she had written a journal in code. The code was finally cracked and the work published in 1966 as The Journal of Beatrix Potter. To this day, generation after generation are won over by her charming tales and illustrations.” 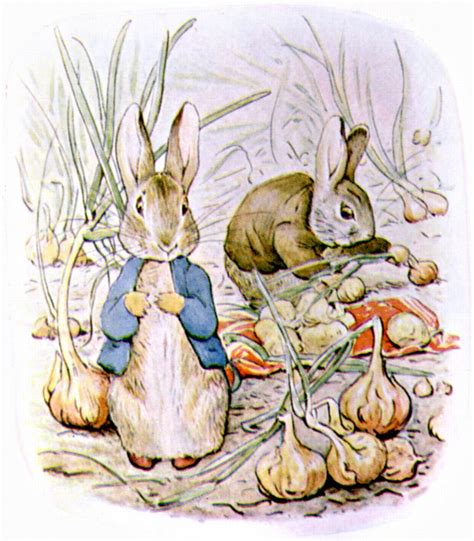 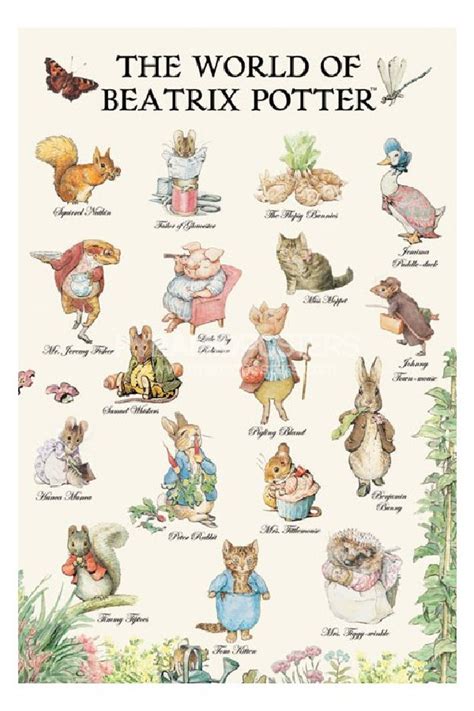 If you would like to learn more about Beatrix Potter, here are a few links: