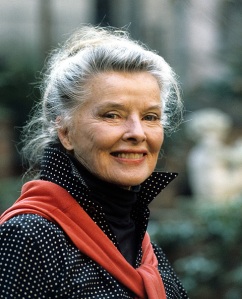 She is my favorite.  She is my version of classic.  IMHO she came off as a no nonsense, give three shits less about what you might think, rich voiced angel.  My favorite movie of hers would be African Queen (1951) with Bogart.  I wish I could have met her some how, some way.  I would love to know if her genuine seeming nature carried over into real life.

She was raised in Connecticut by rich progressive parents.  She attended Bryn Marw College and began acting on Broadway.  She was quickly noticed by Hollywood  through rave theater reviews.  Within three movies she won an Academy Award for Morning Glory (1933).  Subsequently she would struggle with a number of box office failures.  In an amazingly ambitious move, she bought out her contract with RKO and further purchased the rights to The Philadelphia Story (1940).  This guaranteed her place in the film as lead actress. In the 1940s, under contract with MGM, she forged an alliance with Spencer Tracy and shared the screen with him through nine movies over the course of 25 years.

She went against the Hollywood norm of the time.  She was well spoken, with her richly toned voice.  She managed her own ideals and could articulate them with ease.  She was athletic in nature.  She wore pants, even though that was frowned upon at the time.  My favorite photos of her are her skateboarding pictures of the mid 1960s.  She was a maverick by all definitions.  She should be a role model to all women who society feels has a certain place or way to act. 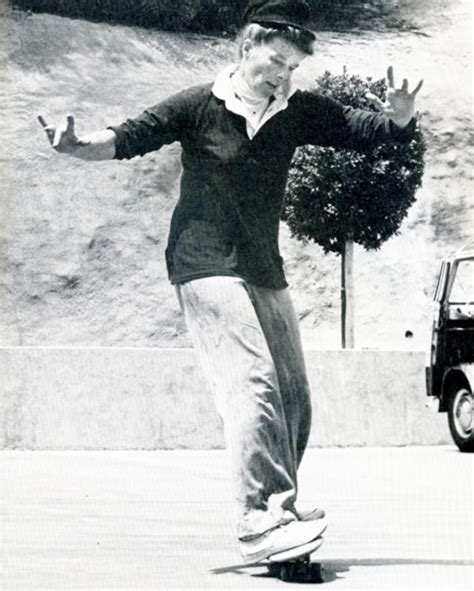 In her 80s, she is quoted as saying about death: “I have no fear of death. Must be wonderful, like a long sleep.”  She passed away a month after her 96th birthday at her home in Connecticut.  She was buried in Cedar Hill Cemetery in Hartford.  I hope to put flowers on her grave one day and thank her for the joy she gave me as a kid.

I am not sure how I did not know that she played Jo in Little Women (1933). It is now my goal to find it and watch it.  Maybe make an afternoon of Little Women and African Queen as a double feature.  That could be a May 12th thing, in honor of her birthday.

If you would like to learn more about Katharine, here are some useful links:

Her book: Me, A Story Of My Life