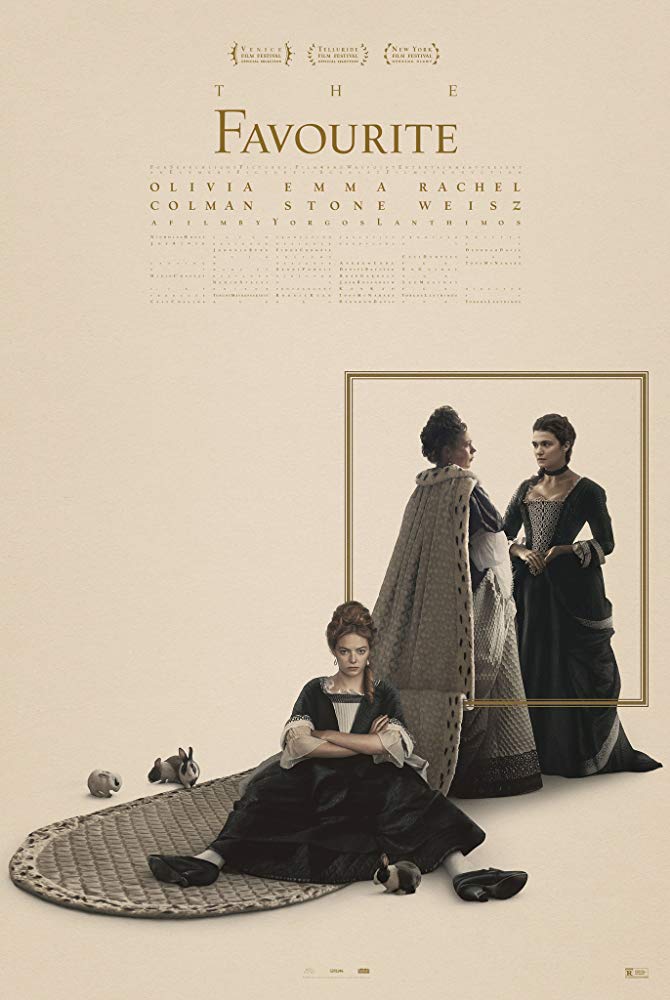 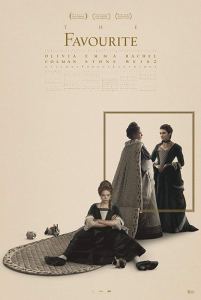 The (Not) Favourite.  It was not my favorite.  The set design was amazing, that is for sure with delicate details throughout. The ornate palace set against the stacked servants quarters shows the disconnect between the English rich and the lower class peasants.  I do not know the story of Queen Anne and Sarah Churchill.  If nothing else, this movie has encouraged me to read up on their story and the intricate web of political positioning.

“I do fear confusions and accidents.”  Me too!

Smart women from every age are always undercut by weaker men.  However, this movie is rife with women who were saboteurs.  Were all of the kings and queens of Britain simple minded and confused?

I do not know enough about the last Tudor queen, Anne.  That she lost 17 babies breaks my heart (Some as blood. Some without breath. Some with me for a very short time.)

“Have you come to seduce me or to rape me?”  Emma Stone further impresses me in her role as Abigail.  I would not be upset if she won the category.

It will be my choice for Production Design, that I am positive of.

The duck race!  That the duck is noted in the credits is amazing!  Also “wanking man” might be one of the funniest credits I have seen.

Everyone smacks someone or vomits at some point. By the end I was trying to figure out if Anne had a stroke?  And then the actual ending???  Really??  Was not a fan of the ending.

IMDB Synopsis: In early 18th century England, a frail Queen Anne occupies the throne and her close friend, Lady Sarah, governs the country in her stead. When a new servant, Abigail, arrives, her charm endears her to Sarah.