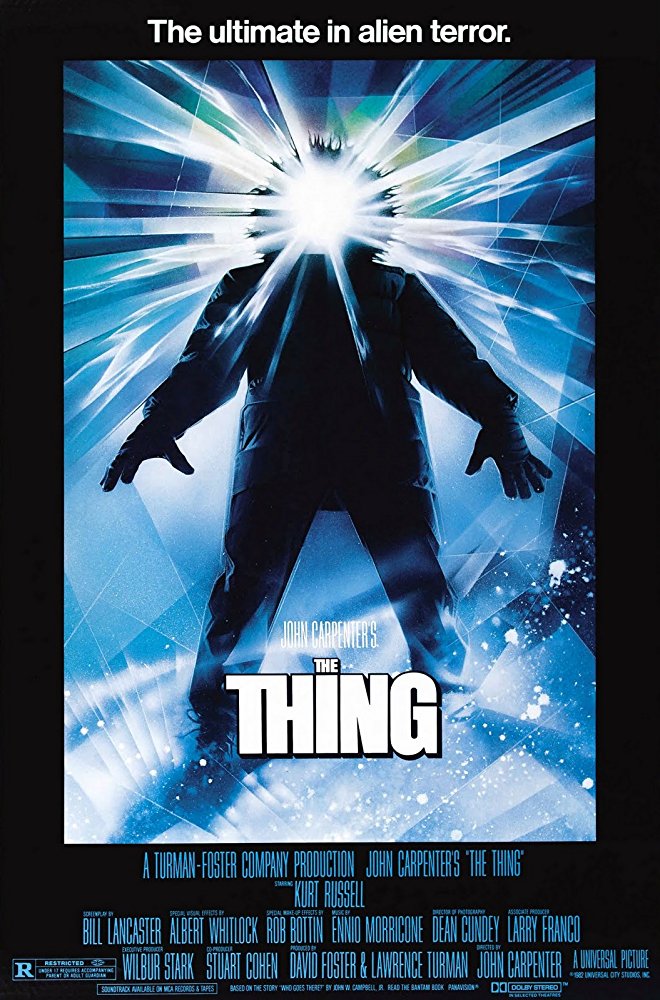 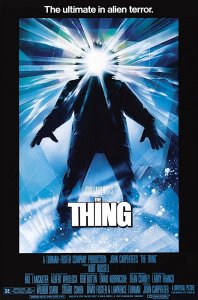 It looks SO cold but it is so beautiful.

Wilford’s audibles throughout are the best!

“A long way to go on” on the shelf behind Kurt Russell.

If Johnny Fever and the kid from the 70s show had a baby, it would be THAT guy!

I will never look at a code blue in a movie the same!

The blood letting scene is my favorite!!

I’d rather not spend the rest of this winter tied to this fucking chair!!

The ole fingers in the cheeks routine!

All kidding aside, this movie truly holds up well for a horror movie. There are cinematic cuts like when the scalpel is stolen that are just amazing. The landscape is an amazing backdrop.  John Carpenter is rightfully proud of this movie.

IMDB Synopsis: A research team in Antarctica is hunted by a shape-shifting alien that assumes the appearance of its victims.