This past weekend I hauled my camper (Eddie) to Fayette County, WV.  The camper is named Eddie in honor of Eddie Izzard.  That should give you insight into “me” prior to my telling you about this weekend and the people we met along the way.  For reference, this is Eddie Izzard, in case you are unfamiliar: 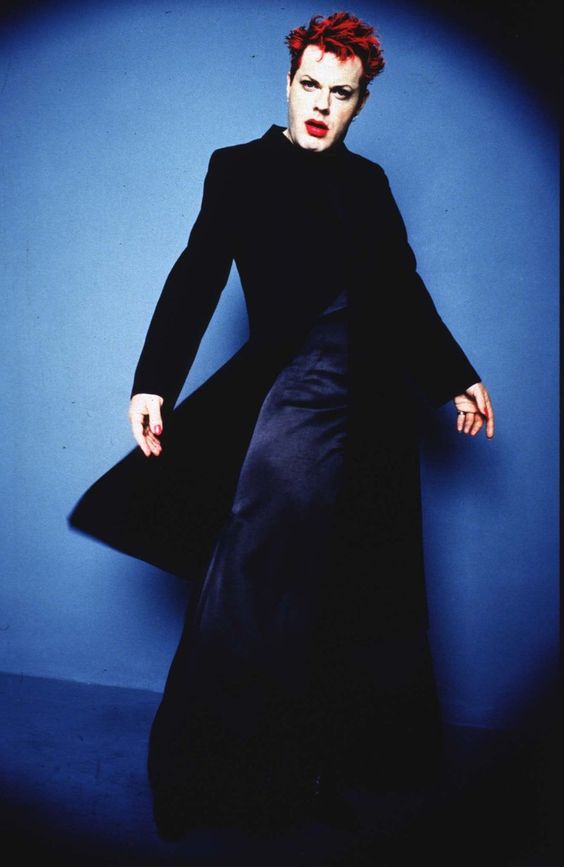 I asked a friend of mine if he had a spot next to his barn that I could occupy for the weekend (he always has had a random selection of raft guides who park their campers on his property for a season) and he said yes.  I cannot tell you how much I appreciate this, as he is in a central location and close to a resort bathhouse.

My Daughter had an event in which she was participating in Oak Hill.  She promoted her photography and her newly learned wood-burning skills.  Oak Hill utilized their Rails-To-Trails and allowed vendors to set up along the paved path to peddle their wares.  It is now my understanding that this event has gone on for aprox six years but the participation/clientele has dwindled a bit compared to the first couple of years.  We drove up Friday night for the Saturday (all day) event.  We arrived at our spot around 8AM, ahead of the 9AM start time.  There was some rainy drizzle but it cleared up.  She did really well on her presentation of product and there was a decent turnout of vendors, although the rain stymied some of them from showing up.

The morning was a little slow but when the sun came out during the early afternoon hours, foot traffic picked up.  With that traffic we met some wonderful people and reconnected with people we knew who were browsing the booths.  Along with those people were mixed total strangers, people we had never seen before.  I only emphasize that because it needs to be said that these people, who know zero things about me, amazed me with their candor and frankness.  Not in a good way.

One couple approached the booth and expressed interest in the photography. Well, the wife did.  The man decided to spark a conversation with me.  Trying to maintain polite banter in the hopes of a potential photo gig was my goal in assisting.  This couple spent at least twenty minutes at the booth (by the end other potential customers were looking past them at the tables but not stopping to connect and this man was undoubtedly part of the reason).  In their time at the booth, the man explained to me that his mom did not get furniture she felt entitled to when her mother passed away. That spurred him to go to the person’s house who did receive the furniture, while he knew they were away and burn down the barn the furniture was stored in.  “But, they couldn’t prove it was me.”  Ummm…. He then asked if I wanted to hear a joke and I responded with a less than halfhearted “sure”.  It started with: “Three queers walked into a bar…”  His wife was so embarrassed that she covered her face and walked to the other side of the booth.  She said: “It embarrasses me every time he starts that joke.”  Every time.  This is a regular go-to for him.  And she is embarrassed at the start but he keeps doing it and she keeps staying with him.  So, there’s that.  It is remarkable that this man, with his rotting teeth and (what appeared to be beneath his Harley dorag) shaved head (yet REALLY long hair on the fringes to make a couple of rattails and you know he did) and his arsonesque way of dealing with family drama can muster the integrity to disparage people of the LBQT community.  But hey, to each his own.

There was an older couple who seemed nice enough and we spoke of the prints that were for sale.  As they flipped through the photos a conversation struck up with the gentleman who, in the middle of it that went a little like this:

Old Dude:  “…I don’t understand the whole issue with confederate statues anyway.  It has nothing to do with blacks or whites.”

Me:  “…Probably the same reason why you see no statues of Hitler in Germany.”

OD:  “…But these were generals who are a part of history.”

There was the woman who, after I described my Daughter’s photo history and that she is a professor who teaches photography and a teacher of little people art and a freelance photographer, said it is good that I have a “straight photographer”.  I would like to think that she meant a straight-out photographer, as in “that is all she does”, but with recent conversations, one could not be sure.

“Did you raise your daughter to be a conservative?”  “No.”

“You seem level headed, can I ask you your opinion on all of these social experiments that younger people participate in nowadays?”

Have you ever been approached by someone who said something so against the grain of your core beliefs and who said things that were offensive?  How did you deal with it?  I’d be interested to know.