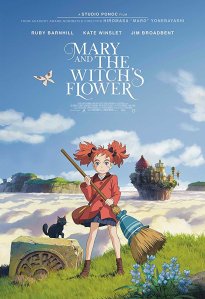 Thoughts that crossed my mind during the movie:

I am curious why they have caucasian characters?

Everyone knows you don’t go into the woods on a misty days!

This is essentially Japanese Hogwarts…

There are turtles everywhere (roof, used one when the scooter was out, one jumping off the ledge)…is there an underlying reason?

More Potter reference – the pensive is the mirror.

A flying a Whoopi’s (should’ve been whoopee and I am tickled that it auto corrected to whoope) cushion.

In the Disney world tears are the antidote to death…

They have pleurodons in this world!

The animals remind me of Narnia.

A movie ending with applause in the theater.  It makes me happy. We watched it in a college town so there were plenty of people with interest.

Post credits….ha ha ha.  I kept saying “Don’t leave, there are post credits….”  Which is true, there is a director interview afterward.

They went to where they story was located (scouted film locations) – “We drew what we saw.”

It was fascinating to see their feelings on the Magic mixed with the Science.

I loved the movie.  I enjoyed being able to see it in a theater with Alex. I loved that there was a crowded theater who cheered after the movie ended.  Kudos all around.  Have you seen it?  What’d you think?  Let me know in the comments below.

IMDB Synopsis: Based on The Little Broomstick by Mary Stewart, a strange flower grants a girl magic powers.

A great “Behind The Voice Actor” site is HERE.