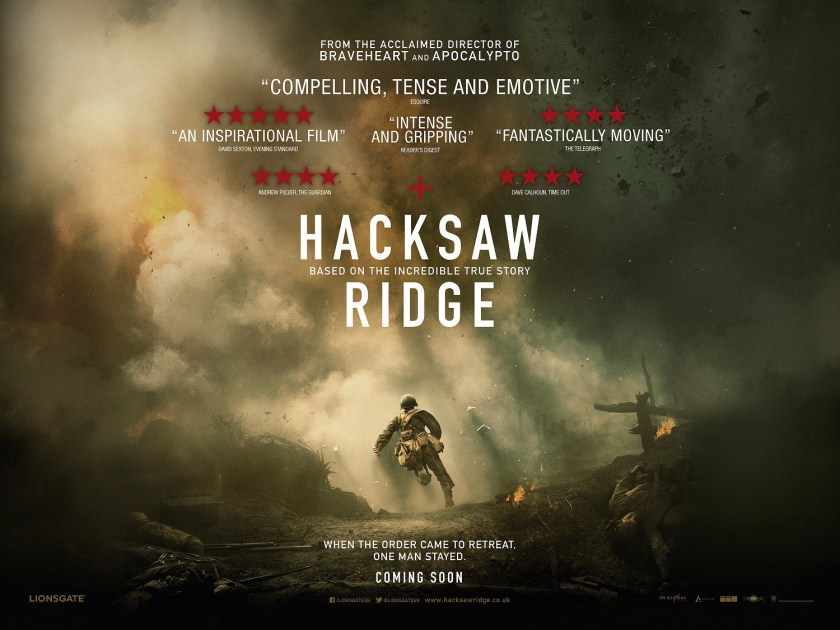 Wow.  Just, wow.  That was an amazing movie.  And, until yesterday, I did not realize that Gibson directed it.  There were times that I had my fists clenched at my sides, or held my heart while I cried.  It pulled all the feels out of me.  I grew up watching war movies with my Pawpaw.  I love them, they make me feel close to him in Heaven.  I oftentimes wonder how he would like “today’s” war movies.  We watched every episode of M*A*S*H and oldies like Big Red One. The movies now are so graphic.  It makes me wonder how he would take that in.  I just finished watching Hacksaw and it made me miss my Pawpaw.  Probably not the reaction you were expecting.  I give this movie an A+.

Before I move on to the “extras,” I want to tell you a story about my Pawpaw.  We used to watch tons of war movies.  They were amazing.  One, in particular, was the Big Red One.  There was a scene where this guy gets a testicle blown off and it is there, a lump of meat.  I guess it made Pawpaw a little nervous that I had seen it at such a young age.  He says, “Sam, do we need to have a conversation about what just happened?”  I replied, “Guy got his nut blown off.”  He responded, “Well, I guess not.”

Synopsis:  Hacksaw Ridge is the extraordinary true story of Desmond Doss (Andrew Garfield) who, in Okinawa during the bloodiest battle of WWII, saved 75 men without firing or carrying a gun.  He was the only American soldier in WWII to fight on the front lines without a weapon, as he believed that while the war was justified, killing was nevertheless wrong.  Doss was the first conscientious objector awarded the Congressional Medal of Honor.

The actual man and his beautiful wife: 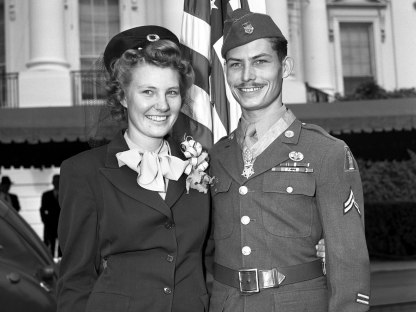 Trailer for the movie:

Behind the scenes clips:

There was an episode of This Is Your Life with Desmond Doss:

Ok, back to the additional stuffs: